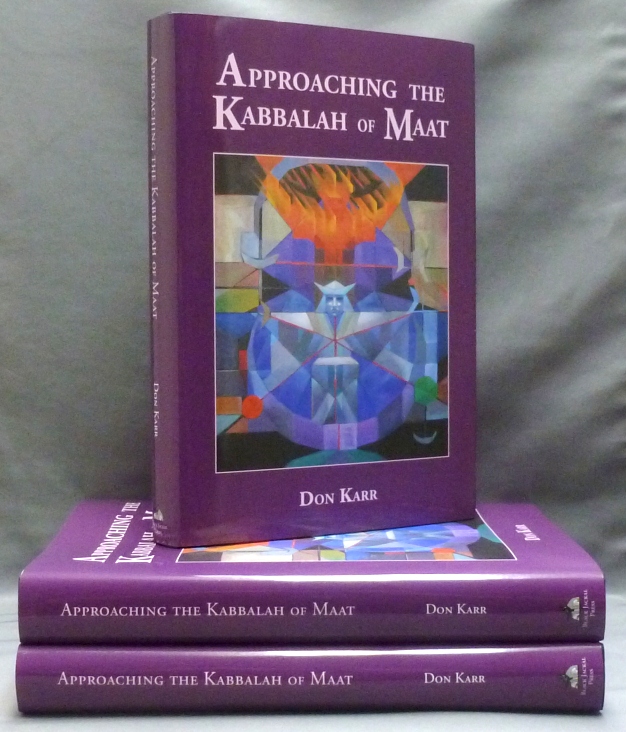 Approaching the Kabbalah of Maat

With a Foreword by Colin Low

Approaching the Kabbalah of Maat explores three radical expressions of modern goddess-inclusive occult theory and practice that evolved in the late twentieth century. Drawing from the same broad esoteric lineage that produced Aleister Crowley, Frater Achad, and Kenneth Grant, Maat magicians and theosophists such as Nema, Aion, 416 and others, developed new concepts of personal and cultural evolution, weaving æonic theory and kabbalah into revolutionary tenets and practices. The text is supplemented by transcriptions of original documents, diagrams and artwork by individuals and groups involved in Maatian practice, including a significant collection of material from the Thelemically-inclined occult order, the OAI. The book also offers a well-researched history of the esoteric streams that gave rise to the progressive/subversive methods of Maat magick, and the broader cultural movements and upheavals which also contributed to them.

The author, Don Karr, is a well-known scholar of the hermetic arts. He is the co-author of two books in the acclaimed “Sourceworks of Ceremonial Magic Series” and is also the author of numerous articles on Jewish mysticism and its influence on the Western esoteric tradition.

For one week only copies will be available at the discounted price of US $45.00 and will come with a bookplate signed by Don Karr.

To view other Black Jackal Press titles please go to: