I’ve had the enormous good fortune of reading an advance copy of Antti Balk’s superb new work, Balderdash: A Treatise on Ethics.

From the book’s cover: 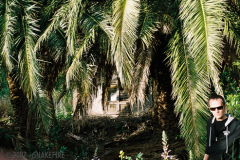