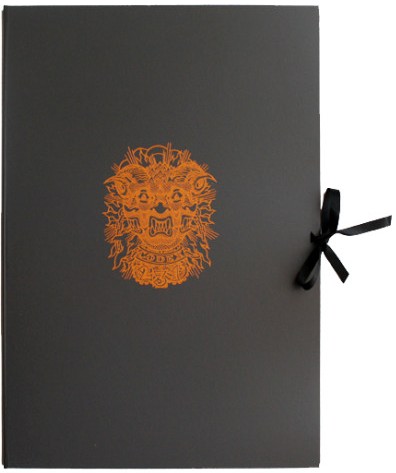 As an admirer of the creative work of Barry William Hale and an admirer of Crowley’s fascinating Liber CCXXXI, I am utterly thrilled to read of this new publication, coming soon from the talented people at Fulgur.

Since it was first published in 1912, Aleister Crowley’s LIBER CCXXXI has provided both fascination and inspiration for practitioners, artists and writers alike. Dealing with the spiritual forces at work in the Major Arcana of the tarot, LIBER CCXXXI includes two charts of 22 sigils relating to the jinn, or spirits, for the ‘House of Mercury’ and the ‘Prison of Shells’. These jinn work in mysterious opposition, reflecting and contesting each other.

Drawing from this rich source, artist-practitioner Barry William Hale has produced a series of eleven symbolic images based upon an alternative form – a sigillic wheel – once described by Crowley himself. Around this wheel are interlocked figures that ‘symbolise the ordeal of the Adept, upon the soul’s journey.’ As author Robert Fitzgerald cites in his introduction to the work;

“The eleven compositions of CODEX 231 center around twin wheels that house the branches of two trees – the Domes and Prisons of LIBER CCXXXI and their respective sigils. The interlocked figures comprise a chimeric embodiment of these trees, and fulfill the literal ordalium of the Sorcerer, Mystic, Adept and Magician as they struggle with the demons and angels within both Tree and Self. These entities are thus portrayed in Hale’s CODEX 231 are united, both in nature and composition, and held together by each other’s feet and hands, yet ultimately by the Wheels themselves. This unity represents primordial Opposition and Integration, Control and Constraint, of the forces within both the living Adepti and their symbolic representations.”

Between 1994-2004 these charged images were the product of an intense period of magical working for the artist. Whether framed over an altar, or employed in ritual use, they serve to evoke the powerful jinn of LIBER CCXXXI.

CODEX 231 is limited to 231 examples only, with sigillic signature and hand-numbered by the artist.
Each example includes an ORIGINAL DRAWING of an autodaemon by Barry William Hale.
Eleven large format dual-direction images printed in six colours using state-of-the-art offset lithography.
An introductory text by Robert Fitzgerald that outlines the origin and inspiration behind this series of magical images.
The large format edition is offered in a hand-made talismanic ‘mercurial’ portfolio with black silk ties.

Limited Edition £132.00
– limited edition of 231 examples only
– each copy with a unique ORIGINAL DRAWING by Barry William Hale
– signed and numbered by the artist

For more information and to order: http://fulgur.co.uk/shop/titles/codex-231/