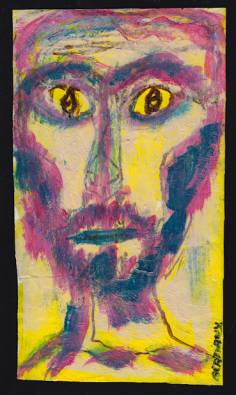 Regarded by many as the most significant living occultist, Michael Bertiaux travelled to Haiti in 1964 where he worked with Voodoo priests who were already operating a fusion of European and Haitian esotericism and who sought an ambassador to bring their teachings to an international audience. Michael’s crucial Haitian contact was Hector-Francois Jean-Maine, whose father Lucian-Francois Jean-Maine had travelled to Europe and the US where he worked with Papus and his milieu, and als students of Pascal Beverley Randolph.  Lucian-Francois may have already had strong Martinist lineage as the family lives in Leogane, Haiti where de Pasqually (the founder of the tradition) spent the last years of his life, initiating and then freeing the slaves on the plantation that he had inherited. Lucian-Francois passed on to his son Gnostic Catholic ordination, Memphis-Mizraim, Masonic and voodoo initiation and these were communicated to Michael.  The organisational vehicles Bertiaux developed were the Ordo Temple Orient Antiqua (O.T.O.A.) and the La Couleuvre Noire (L.C.N. – Cult of the Black Snake). Michael amalgamated these traditions with the Theosophy he first encountered through his parents, and the Great Brotherhood of God and Choronzon Club founded by Crowley’s former student C.F. Russell, as Michael connected with members who continued the tradition after Russell abandoned sexual magic. He had important communications with Kenneth Grant of the Typhonian OTO and other members of the contemporary occult milieu. Aside from the O.T.O.A., L.C.N., G.’.B.’.G.’. and Choronzon Club Michael developed other vehicles for the teaching such as the Monastery of Seven Rays.