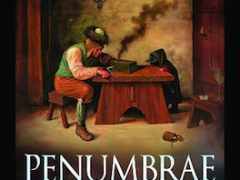 THREE HANDS PRESS is proud to announce Penumbrae, a collection of thirteen works of Occult Fiction. The locus of this anthology lies in tales that embody a metaphysical position, as… Read more »

Hecate’s Fountain by Kenneth Grant was begun in the work of the New Isis Lodge as they created what the author describes as a ‘tangential tantra’, a profound disturbance which… Read more »

Von Zos is pleased to announce the release of a new collection of essays celebrating the life and work of Kenneth Grant: Sounds Beyond Meaning – Kenneth Grant & His… Read more »

“This gallery of images operates on many levels at once. It is based in an extensive period of initiatic work with OTOA-LCN and yet it can and will speak to… Read more » 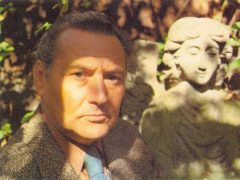 The long-awaited republication of this early title by Kenneth Grant will at last be issued in February 2013, and is now available for ordering ahead of publication. Aleister Crowley and… Read more » 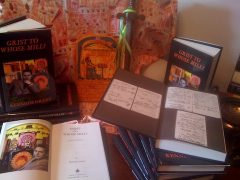 There will be a launch to celebrate the publication of Kenneth Grant’s early novel Grist to Whose Mill? at Treadwells Bookshop on Friday 30th March at 7pm onwards. All… Read more »

Labirinto Stellare is glad to present: Dead-ends and Breaktroughs ― An Appreciation of Kenneth Grant by Roberto Migliussi The booklet presents Kenneth Grant as instrumental in developing the interests of… Read more »

A short list of rare titles from Xoanon, Starfire and Skoob.

I asked Robert Taylor of Starfire if he would like to use LAShTAL to publish a statement regarding the delayed publication of Kenneth Grant’s Convolvulus. I am pleased to say… Read more »

Fulgur Limited have announced that the “strictly limited” revised and expanded edition of Kenneth and Steffi Grant’s Hidden Lore: Hermetic Gifts” will be published in September 2005.

The following is a significant announcement from Starfire. If you’re unfamiliar with Kenneth Grant’s poetry, then I can assure you that it’s really rather impressive… Starfire Publishing Ltd are proud… Read more »

I’m told by Robert at Fulgur Books that he is down to just a handful of copies remaining of Kenneth Grant’s excellent Remembering Aleister Crowley. I have no commercial interest… Read more »