The best of the Thelemic e-lists is without doubt thelema93-l. I’d recommend it to anyone interested in Aleister Crowley and his impact. Of course, there’s the usual “my OTO is… Read more »

A request for information: Does anyone know about the Heaven’s War comic, which was described as follows on a recent newsgroup posting? The graphic novel Heaven’s War by Micah Harris… Read more »

This from The Scotsman: 1875: Modern-day Satanist Aleister Crowley – once dubbed “the most wicked man in the world” – was born in Leamington, Warwickshire.

From a review by Rich Bunnell in The Daily Californian Online of R Garry Patterson’s Take A Walk On The Dark Side: Rock And Roll Myths, Legends And Curses… When… Read more »

Market Wire reports that: “Producers Overwhelmed With Response to Crowley Film Announcement”, finding themselves “inundated with thousands of e-mails upon the announcement of the making of Aleister Crowley: Revolt of… Read more »

A trailer is available online for Carlos Atanes’ movie, “Perdurabo”…

Rolling Stone – in an article titled The Holy Sabbath – interviews Ozzy Osbourne and Tony Iommi about the devil and how Black Sabbath invented heavy metal. Crowley gets a… Read more »

Amazon.co.uk has announced the publication on 1 August 2004 of The Temple Of Solomon The King by Aleister Crowley. It’s a 504-page paperback, to be published by New Falcon Publications…. Read more »

Thanks to John for the following: “Crowley receives a mention in the new Scooby Doo movie…”

Regular visitors will recall that lashtal.com has previously posted items about a movie, “Aleister!” I removed references to the movie after seeing the “Producer’s” highly, er, “personal” website on Yahoo,… Read more »

“Choice Louisiana Perique is blended with top grade cube-cut Burley, Black Toasted Cavendish, and the finest Golden Virginias. Steaming and stoving mellows the mixture, while bringing out the best of… Read more »

Much of the recent talk about impending movies of the life of Aleister Crowley seems like so much advertising “puff”. Here, though, is information relating to a planned movie that… Read more »

The Sydney Morning Herald (26 November 2003) includes a remarkable article on Leila Waddell. Many of us find the lives of Crowley’s companions almost as interesting as his own. This… Read more »

“Perdurabo” will be shown soon in Argentina… 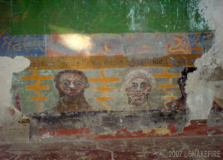