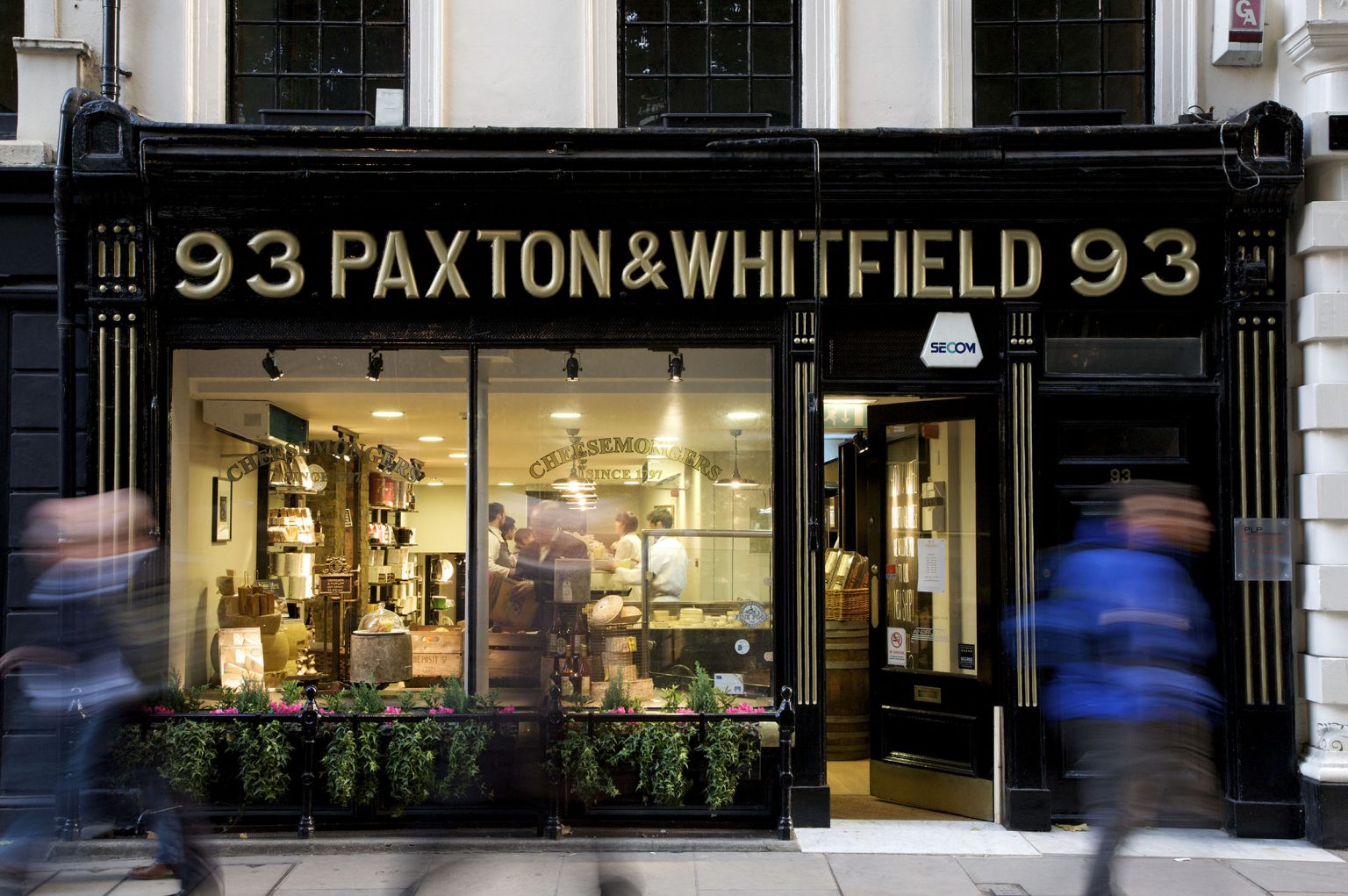 No 93 Jermyn Street became an ordinary grocery shop — albeit one where extraordinary things continued to happen. Churchill liked to say that ‘a gentleman buys his hats at Locks, his shoes at Lobbs, his shirts at Harvie & Hudson, his suits at Huntsman and his cheese at Paxton & Whitfield’. Charles de Gaulle visited and one of the flats above the shop was let to occultist Aleister Crowley, who is said to have had several dinners with Ian Fleming in 1941 at the nearby Cavendish Hotel, during which they discussed how occultism might be used to wrong-foot the Nazis.

Source: Four of the best cheeses for Christmas, as recommended by the cheesemonger celebrating its 225th birthday – Country Life

indeed, i can recommend their stilton!

Awesome article! Where I live in Ohio, Amish farms and stores are very plentiful, and of course they sell homemade cheeses, sausages and bakery products. On the subject of Crowley and Fleming, is it possible that the forged Horoscope magazines written in German that contained subtle messages about Germany’s defeat were thought of by them? If they worked for British Black Ops , it is possible. Also, forged Nostradamus books of prophecy that hinted at Hitler’s defeat. Ironically, Nostradamus who was Jewish was utilized by Josepf Goebbels. There is a long-standing rumor that when Rudolph Hess made his bizarre flight… Read more »

As to cheeses for Xmas: of course, because Cheese Is Christ! [homonym for “Jesus Christ” in NY accent for all you foreigners]

It’s “Cheese and crackers” And it is not a NY thing. Not everything is about NY.

“Cheese and crackers” does not sound remotely like “Jesus Christ” in any accent, so i’m confused here.

How does “cheese” sound like “Jesus”? “Jeez” sounds like Jesus. Which I guess is similar to Cheese” or Jesus. Is that what your NY accent sounds like? Then yeah, I guess it does. My bad.

And that Sparkenhoe Shropshire Blue is particularly godlike-looking. Yum.

I thought this place looked wonderful but as a Wisconsinite, I will be hard pressed to pine for cheeses not within a stone’s throw. We have it all. But, with a fond remembering of the first time I read Regardie’s Legend of AC (and specifically the back and forth between Chesterton and a Young Beast), I’ll link here to Chesterton doing Milton (with a tip of the hat to William Thirteen’s preferences). To quote Robyn Hitchock: “Somebody sound the Cheese Alarm!”

I love all kinds of cheeses. So much so that despite my fit .fittish. physique my cholesterol is high that I can say Dear Kyle Americans nor Finnish can make a Gouda for shit. Thank God our import system is still working. Likewise, try making an amazing port salut etc in Wisconsin. You are insane lol Said with much love I once had the idea and did two drafts of making a Bandes Dessines of an affineur or cheese maker and he had a mouse side kick and his little basement cave to age the cheese in. Across the street… Read more »

I love cheese too! What’s your favorite?