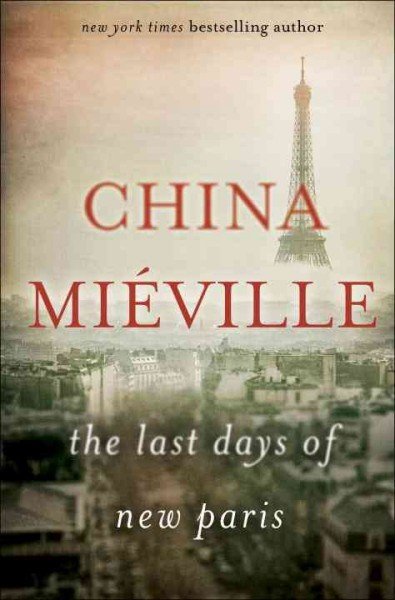 A review of China Miéville’s Last Days Of New Paris from NPR:

So in 1941, though a series of accidents, poor choices and bad luck, a kind of bomb is detonated at a cafe. It is a bomb that, in its exploding, looses into the world the physical manifestations of Surrealism’s greatest hits, and suddenly the streets of the City Of Light are alive with wolf-tables and exquisite corpses, with massive, violent monsters of the deep subconscious. Leonora Carrington’s Amateur of Velocipedes is there, Odilon Redon’s grinning spider, more. And the book leaps forward (and back, and forward again) between 1941 and a 1950 where the war is still on and Paris is encircled by Nazis with their guns pointed inward now, fighting just to make sure what’s in there stays in there. At least until their corps of wizards (Aleister Crowley makes an appearance here, as do Mengele, Robert Alesch, Hitler, natch) can cut some kind of deal in hell to gain power over Paris’s manifestations.

That sounds very weird indeed, and maybe worth a read? Hmm…