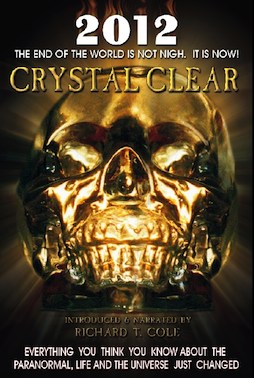 THE BOOK THEY COULD NOT BAN

Everything you think you know about the paranormal, life and the universe just changed

AVAILABLE NOW
(FOR NEXT DAY SHIPPING)

The paranormal fascinates us. From our first dawn, Mankind became obsessed with the mysteries of gods and religion. From our first sunset, we pursued clandestine liaisons with religion’s evil twin – The occult. Yet for all our bold experimentation and theorising, we are no closer now to an understanding of the supernatural than were our distant ancestors. During its long evolutionary journey, our species has made innumerable spectacular advances across all fields of endeavour, with one glaring exception – The paranormal! How is it possible that a ‘force’ seemingly woven into the very fabric of existence, and one that has profoundly influenced the lives of millions, stubbornly defies all attempts to analyse, classify, or replicate?

The pursuit of a solution to this seemingly inexplicable conundrum has driven many to poverty, madness, and even death. The subject has certainly intrigued me for decades. From early childhood, I enjoyed a healthy obsession with all facets of the supernatural. During my lifetime, I have personally witnessed numerous scenarios impossible to explain by reference to our current understanding of physical laws governing existence on this planet. However, each experience served only to raise more question, and none offered any insight into the fundamental ‘rules’ I felt must underpin all paranormal occurrences. As the 1990s ticked away, my enthusiasm gradually soured to frustration, then outright cynicism. By 1998, I had reluctantly concluded that the paranormal did not exist and that accounts of its diverse manifestations comprised nothing more than outright fraud, or tricks of the senses. Then, at the very moment I abandoned my interest, a chance encounter led to… ‘Skully.’

Over the following six years, a sequence of events unfolded that quite simply defied belief. Fuelled by a heady tide of New Age hysteria generated in the countdown to a new millennium, the Skully Experiment attracted worldwide interest and incorporated the rare talents of the most respected ‘Sensitives’ this planet has to offer. The findings of debatably the largest supernatural investigation ever undertaken are both jaw-dropping and controversial in the extreme. It is accurate to state that the information presented in this book overturns all extant paranormal conjecture and explains that our failure to make any headway towards a comprehension of the supernatural is a consequence of an elementary misconception made 60,000 years ago. During this almost unimaginably distant era, and by a supreme irony, the same fledgling mental faculties enabling us to contemplate the supernatural led directly to a complete misunderstanding of it. Long, long ago, our earliest ancestors inadvertently made a catastrophic presumption that has fatally handicapped all considerations of the paranormal for 60 millennia.

The Skully material unequivocally demonstrates that with a slight adjustment of focus it is possible to glimpse an unimaginably powerful feedback loop shaping every aspect of life by means of a subtle mechanism operating almost exclusively below the threshold of human senses. It also sketches the outline of a ‘cosmic factory’ that has, since the dawn of time, manufactured reality using only a ‘one-size-fits-all’ fractal template defining every facet of existence, from dark matter and UFOs, to telepathy and gods. Such is the sheer raw power of this ‘hidden knowledge,’ even an elementary grasp of it empowers individuals with tools to transform a single life, or an entire world. Moreover, an awareness of this secret opens a doorway to what is arguably the greatest revelation in history, and provides a definitive answer to the other ‘big’ question – ” Are we alone? “

The evolutionary path of our species has taken us to the threshold of a New Aeon. An epoch triggered not by gods, aliens, technological breakthroughs or any other external catalyst, but rather by an internal and almost imperceptible shift in human consciousness of the like has only occurred twice before in Mankind’s 60,000 year history. Over the next few decades, the population of this planet will experience unimaginable and unprecedented changes as this subtle alteration in mindset tears apart the outmoded vestiges of an old regime set in motion around 12,500 years ago.

Look out your window, walk down your street, turn on your radio, TV, computer or i-Pod and you will see it, feel it, hear, smell and taste the onset of a New Aeon. From civil unrest sweeping the Middle East to faceless, multi-national corporate lust for profit and feral children rioting in the streets of London, the innumerable issues blighting today’s society are the terrifying birth pangs of a New Aeon for Mankind. The end of the world is not ‘nigh.’ It is ‘now!’

Everything you think you know about the paranormal, life and the universe just changed.

AVAILABLE NOW
(FOR NEXT DAY SHIPPING)

FREE UK SHIPPING FOR A LIMITED PERIOD
£12.99 plus shipping.