‘A Thelemic Nuptial Rite, consistent with the Law of Thelema. I took my quill by candle light after a power outage. The introduction is short and self prose, however after… Read more » 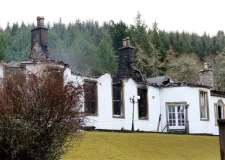