Skip to content
Forums
LAShTAL Forums
Egypt: Ancient and ...
Ancient Egypt
"Why Are the Noses ...

"Why Are the Noses Broken on Egyptian Statues?": Superb essay by Egyptologist

This is a very informative and fascinating essay about why the noses are so often broken off Egyptian statues, why some statues are missing their left arms, while others are missing their right arms, and many other questions likely to be of interest to many here:

His thesis is that literal iconoclasm [statue smashing] was in all periods a major part of Egyptian religion/magick/art/politics [all the same thing, not four different things, of course].

Some money quotes to whet your appetite:

Ancient Egyptians [...] believed that images — objects representing the human form, rendered in stone, metal, wood, clay, or even wax—could be activated to host a supernatural power. This power could be either divine or the soul of a deceased human who had become divine at death. The occupied image was [...]  a physical body enabling such powers to act in our material world. Without an image, supernatural forces could not intervene in events on earth.

As late as the Roman period, the Greek historian Plutarch could describe the mutilation of the body of the god Osiris by his brother Seth as the ultimate way to disempower an Egyptian god. Similar attacks on images continued into the Late Antique world of Christian Egypt, sometimes even imitating Seth’s attack on Osiris. Attacking a human image was a deeply entrenched ancient Egyptian method for dealing with an enemy.

I am barely a third of the way through this rather long essay, and am posting this before finishing it; quality stuff.

TLDR version: The noses on ancient Egyptian statues are smashed so the statues [gods, pharaohs etc] could not breathe any more. I mean, duh, obvious, once it's pointed out.

I mean, duh, obvious, once it's pointed out.

Yeah, Mohammed (Muhammad)(Mo) pushed his defensive maneuver into an all out expansion of religious furor directed at the Idols of the foreign ferenghi Krishna cult. To this day, images of Allah and Mo are forbidden, and if you publish pics of Mo, especially in satire, the Jihad will sent emissaries with knives and maybe bullets of bombs.

The funny thing is, they have the correct notion (about no images above the Abyss). Their enforcement of this rule, outside their own jurisdiction, is (of course) an act of war, and we can see its reflection in Chapter 3 AL.

I had previously read about this statue-smashing in AEgypt. Yes, it was an ongoing tradition. Each new ruler who introduced a new god preference, or didn't like the politics, art, religion, magic (all of which result in an applied superstition) of his predecessor, simply - out of tradition and this's the way things are done - sent out teams of chiselers and demo-men to erase (or at least invalidate) the previous paradigm.

If the pharaoh didn't like his predecessor, the teams would specifically go after the guy's name, wherever posted in emblem or hieroglyphs

This certainly accounts for the poor condition of artifacts in the Egyptian Museum, and Museums everywhere that have successfully abstructed stuff, and in the on-site photos we see. The Sphinx and the Colossi o Memnon suffered the "broken nose" syndrome. Centuries later, we say "What a Shame." The best stuff, not mutilated, comes from the Tombs.

This article seems long, and since I have not encountered the magical (duh) explanations before, I look forward to checking this out. I will save the whole webpage on my (virtual) desktop, because right now I need to go and commit some 2=0.

Thanks for the pointer.

To avoid any accusations of false advertising, i want to be clear that the author never mentions the term "magick"/"magic", although magickal acts (statue smashing) are the main topic of the article. Having finished it now, well worth anyone's time.

After doodling through the Ancient AEgyptian (AA) Archives (AAA) all these years, all or most of us, are certainly willing to allow the magic word to be included in most, if not all, the other arenas of Life on the Nile.

Thanks for making this contribution to the often overlooked "Egypt: Ancient and Modern" section.

The noses on ancient Egyptian statues are smashed so the statues [gods, pharaohs etc] could not breathe any more

Does the same apply to the Sphinx? I like to think his magic is still very much alive, though his nose is gone I guess his mouth is still there to breathe through.

For example, statues whose role is to embody the act of making offerings are often damaged on the left hand and arm, because Egyptian custom was to offer with the left hand. Statues that, in contrast, receive offerings are damaged on the right arm and hand, since customarily the right hand was used to receive an offering: a damaged right arm and hand make it impossible to take the food from a represented offering table.

In the Stele RHK is holding the "Was" staff with his left hand and Ankh-f-n-K has his right hand raised:

In light of the above information should we then interpret the scene as RHK offering the staff and Ankh reaching out his hand to receive it? This would make sense as in the New Aeon "there is no god but man", RHK is passing on his divinity to humanity. 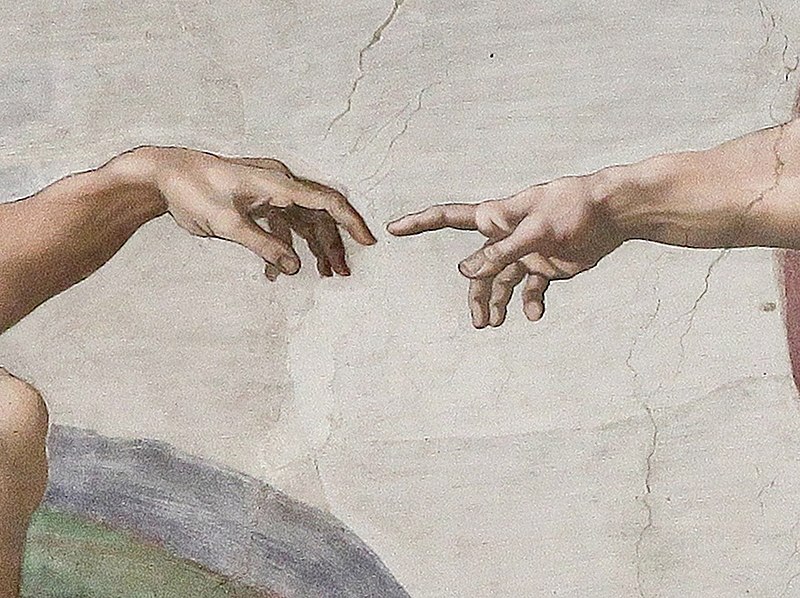 In light of the above information should we then interpret the scene as RHK offering the staff and Ankh reaching out his hand to receive it?

Everyone still has their nose. Either Ankh/RHK had no enemies, or they could not find his tomb if he did.

Ankh is gesturing with his right hand

Yes, so if we follow the logic of offer = left hand, receive = right hand mentioned in the article these appear to be reversed on the Stele. My guess is that this rule doesn't apply to 2d representations, and looking at some other steles, the god usually holds the staff in the hand nearest to the "adorant":

Anyway, when it comes to the Stele of Revealing I think its originally intended meaning is still the most important one though there's room for new interpretations.

In light of the above information should we then interpret the scene as RHK offering the staff and Ankh reaching out his hand to receive it? This would make sense as in the New Aeon "there is no god but man", RHK is passing on his divinity to humanity.

Say, that's a pretty good theorem. I believe you could either patent or copyright it. Then you could open your own lineage and "offer to pass down the Was Power of RHK" to those who pay their dues in advance.

Everyone still has their nose. Either Ankh/RHK had no enemies, or they could not find his tomb if he did.

Yeah, the tombs protected the good stuff we (the museum) have today. I would have to go looking for an example of an above ground artifact that had not been vandalized in one way or another, because I can't think of one off hand. 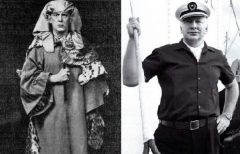