Manly Jupiter enters Capricorn on 10th December, 2008 till 19th December, 2009. In February, 2009, transit Jupiter would be in close conjunction with transit Rahu. For a short spell between 2nd May, 2009, to 30th July, 2009, it will have a prolonged transit influence around 1 degree in the Aquarius sign and the planets at around 1 degree placed in the signs Aquarius, Gemini, Leo and Libra.

Because of The general impact of Jupiter on people those who are suffering from diabetes or other liver functional disorders, are told to be careful in February, September, October & November. It might be difficult for mediator to concentrate. For religious guru’s it might be a case of loosing their reputation. Women with weak natal Jupiter may not get married in this period of if they are married their husbands might fall ill. This period also might not be good for Astrologers who are not following systematic approach for analysis of the horoscopes or making money through Astrology Site.

Natives are blessed with all kind of happiness regarding professional matters for example promotion/recognition when the Jupiter is strong in natal chart, the person will also acquire new assets. Females will be able to bond up their relationships with happiness and love. Students will get a chance of learning their professional development. Jupiter with its weaknesses is also helpful in keeping good health of the person. 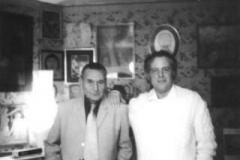