A fire has broken out in a building in Southwark which houses a library, a museum and the council "one stop shop".

The fire was brought under control by 17:45 GMT, it said.

The roof of the library and museum was on fire and crews will remain throughout the night.

No injuries have been reported and Southwark Council said it was too early to say what had been damaged.

The fire started a few minutes before 12:30 GMT and 30 people were evacuated from inside the building, which houses Newington Library.

LFB station manager Peter Critchell said flames were coming through the roof and there was thick grey smoke billowing up.

Mr Critchell said water jets were used at the four corners of the building and firefighters had made an effort to salvage as many of the artefacts as possible.

Cuming Museum, which was founded in 1906 with the Cuming family's private collection, has artefacts from all over the world, including objects from Roman London, Chinese ornaments and African tribal costumes.

It also houses a permanent exhibition on the history of Southwark.

Councillor Peter John, leader of the council, said: "A fire has broken out in one of our buildings on the Walworth Road which houses the Cuming Museum, the home of the worldwide collection of the Cuming Family and the museum of Southwark's history.

"It is too early to say what the cause of the fire is and how long services from that building will be suspended for.

"Whilst our first concern is for the safety of residents and our staff, we are also worried about possible damage to the museum's collection."

It is not known how the blaze started, the fire brigade said.

Abhishek Agarwal, 30, a dentist, lives in a tower block near the Elephant and Castle roundabout, about 100m north-west of the fire.

He said: "There were a lot of car alarms going off and sirens, which made me look out of the window.

"There was a lot of smoke. The fire started in a very small area of the roof and within minutes I could see that it was spreading quickly to the rest of the roof.

"It is one of the oldest buildings in the area. It's a real shame as I think it will be very badly damaged.

"I can see flames on some of the other floors too now so I think it is spreading."

Always painful to hear of ancient relics and artefacts being threatened or destroyed.
Hope many have not been damaged in the fire. The Stele is in storage, so should have added protection. Then again, who really knows. 🙁

a short description of some of the A.O.Spare material held by the Cuming

a short description of some of the A.O.Spare material held by the Cuming

And hopefully all still intact....

Priceless ancient Egyptian artefacts are feared lost forever after a fire  gutted the museum building they were housed in.

A coin from Queen Cleopatra's reign during 51 to 30BC as well as mummies, fragments of tombs from Thebes and stones inscripted with hieroglyphs may have been destroyed in the blaze which raged for nearly five hours at the Cuming Museum in Southwark yesterday afternoon. Firefighters say they have managed to save more than 500 objects that were on display in the museum, which was founded by the Cuming family in 1906 and is famed for its 100,000-strong collection of pieces from around the world over the course of more than a century. (..) Adrian Whittle, head of cultural services at Southwark council, said: "Only about one per cent of the collection is on display at any time and the rest is held in storage, so the majority of the artefacts are safe. "We are still waiting to get into the museum so we can see the extent of the damage. We just don't know what has been lost yet."

Some Roman artifacts from the local history section of the museum are reported to have been destroyed in the blaze.

Southwark Council leader Peter John says the fate of items in two galleries at the Cuming museum is 'unknown at present'.

Online database of the collection:

The sad fact is that its still unknown as to the full extent of the damage. Luckily there were no civillian or fire-brigade casualties. Furthermore, its still to be assessed what ultimately can be saved, and indeed, whether that includes the building at all, as the vessel for the collection.

The media coverage appears markedly divergent so far. From the disturbing online images of the conflagration (paired with ruminations in the blogs from concerned locals fully aware of the value, importance, and 'international status' of the otherwise marginalised south London collection; irreplaceable riches from numerous lost cultures (already much depleted by the blitz, and post-war mismanagement of artefacts that were sold off. To, on the otherhand, the 10.30pm regional news gave a cursory one-minute account of a big fire in an old building causing traffic chaos.

Fortunately, the museum spaces are closed on Mondays, so the permanent and temporary galleries were protected by firedoors and metal security panels. But there may also be water damage ensuing from the putting out.

Of specific interest to readers here is that there are currently two Spares on the walls of the permanent display (two floors below the fire), Self-portrait and 'Idolator' (see Cockney Visionary, p70,74). The other Spare items, last seen together there during the 2010 exhibtion (which I co-curated with Chris Jordan), are with the rest of the South London Art Gallery collection in archival storage offsite. The staff tell me they intend to post a statement on the website as soon as they can give a full account of losses, retrievals, and the duration of the closure.

In the meantime, this link provides a hopeful update:

Thank you lashtal and istaban for both providing a very informative digest & updates of developments in this most unfortunate occurrence.

Spare seems to be beecoming a bit of a fire-attractor (quite leaving aside the blitz), as wasn’t there also some warehouse blaze in the 90s that took out most of an edition of work by him or related to him (published by Fulgur I think, though my details are a bit sketchy offhand, having no reference materials onhand immediately at this moment to source)?

I received an email today from a manager at the Cuming, who said:

". . . It could have been far worse and luckily only I was in the museum at the time so was on hand to direct as much rescue as possible.  We will be able to say more when all the assessment and investigation is done . . ."

Whilst there will no doubt be losses and damage, there is grounds here for optimism.

Jamie, the loss by Fulgur to which you seem to be referring had nothing to do with fire. The printer went into receivership and in the ensuing confusion a proportion of the print run was sent for pulping when it shouldn't have been.

Yes, that’s great that there doesn’t seem to be as much damaged as at first feared.

Thanks for putting me right on that one, Mick: I was obviously misinformed as I remember someone (though don’t remember who) said to me something once about a print run which had some connection with Spare going up in flames.

Apparently there is no Spareian ‘firestarter’ connection after all, then, & thus another would-be urban 'occult' myth bites the dust before ever really getting going…

Six weeks later and the first official findings are in:

A report into the incident, completed last month but only now made public, reveals investigators believed that the fire was caused by building work being carried out on the roof.

According to an LFB spokeswoman, it is believed that the fire was started accidentally.

The council is carrying out its own investigation into the incident, which saw the loss of two out of three of the museum’s displays and water damage to a number of objects in storage as over 100 fire fighters struggled to contain the blaze.

A council spokeswoman said: "We are close to completing our investigations on the cause of the fire, including the possibility that the fire may have resulted from work being carried out on the roof of the building.

"The council will give full consideration to the final report and will need to properly consider what, if any, further action it wishes to take."

Meanwhile, it was revealed that following the fire thieves broke into the burnt-out museum building and stole an ornate Asian tray along with some personal possessions belonging to museum staff...

I've just seen a worrying bit of information that was posted on twitter yesterday and would like to know if anyone on these forums has any more news about this?

"Three paintings by Austin Osman Spare could have been lost in the Cuming Museum fire, according to written answer at @councilassembly"

This is terrible news! 🙁

This latest from the South East London Folklore Society Newsletter...

Museum In The Pub: The Cuming Museum Relocates To The Upstairs Room Of A Pub.

For one night only the Cuming Museum will be in the upstairs room of the King’s Head. Come and view exhibits from one of South London’s hidden gems- on the bar. Join the staff of the museum as they tell us about the history of this collection, the fire which devastated the building and the process of recovery and restoration the museum is undergoing.

The evening starts at 8pm and comprises a series of talks and a question and answer session with an opportunity to view a fascinating variety of items of interest. Some pieces collected by Edward Lovett and items associated with the cockney visionary artist, Austin Osman Spare, will be displayed.
Entry is £2.50/ £1.50 concessions
It is advisable to book a place to avoid disappointment. Email nigelofbermondsey@gmail.com to book. 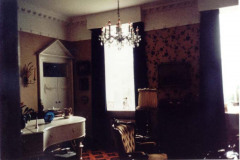