What does it mean?

Well nanos means dwarf in latin. I haven't been able to understand what Austin Osman Spare meant by it before now. I'm not sure but I think he refers to Gnomonic expansion which is a method of creating spirals. The spirals alongside the gnome in the soul is the ancestral animals supports my theory.

Spirals. They appear in several pictures in The Focus of life, and one picture connects it to the word, the key: O, L.C.O'CS, the illustration Laughing aloud, Aaos answered. In the Heaven of Aaos he turns towards his shadow, but in the picture seen from the womans perspective; it's her shadow.

Another picture which contains spirals is Shadows of light, N.D an illustration added to Carter's Focus of life edition. A picture which might hold another clue to O, L.C.O'CS. (D:4) represents the manifested and N (14=1+4=5) might represent rebirth (it clearly holds some sequential value). Another of interesting aspect of The Shadows of light picture is that a phallus is placed between the women. A similar configuration is seen in the Once again to earth illustration, but the phallus has a spiral around the testicles. Which is interesting because in the book Sacred Geometry Philosophy and practice, Robert Lawlor deals with the principles like vesicas piscis and alternation, gnomonic expansion (just to mention a few), interconnected subjects. The phallus connection to the spiral in both in Shadows of ligth and Once again to earth points to the same interconnectedness, in my opinion (the multiplication from one circle into 3, two circles in one). The C in O,L.C.O'CS might be the root of the equation (get the book and check it out). In some other posts on Lashtal I've connected this word O, L.C.O'CS to the element of water based on it's numerical value. 3 as a root also points to this element, according to Robert Lawlor.

What does it mean?

What does it mean?  Well if "nanos" means dwarf in Latin, I would take a stab at "The Tao is the law of dwarves"? ;D

Wasn't there something in the Chaldean Oracles about Zoroaster describing the Creator God as having the head of a hawk & energizing a spiral force?  Just my tuppence worth.  To be honest, I'm not quite sure what your "theory" or your thread is meant to be about... ???

Do you think that means we should all distrust your foregoing post as well, while we're about it? 🙁

:=O You believe Nano science is about dwarfs? Read the books and you'll understand.

The spirals from the  the tiniest part of the spiral to the bigger has relevance to the density of the elements you know, and I would also claim that Tzula represents the lowest part of the tetragrammaton, which the elements might, but usually not, are attributed too..

For each cycle a small (nanos) amount is added/subtracted (depending on which way you go). That's the taos law nanos.

Once again I am unable to comprehend your posts Kharlatan.  It's a minor point, but since you must still have been within the margin of time allowed for it, mightn’t it have been possibly easier to have “edited” your Replies into following on from #2 rather than create two whole new ones?

"Kharlatan" wrote:
:=O You believe Nano science is about dwarfs? Read the books and you'll understand.

No I didn't believe “Nano science” was about dwarves – you first raised this suggestion yourself with:

"Kharlatan" wrote:
What does it mean?  Well nanos means dwarf in latin.

If maybe you are referring to nanotechnology, well then I happen to have read Eric Drexler’s pioneering Engines of Creation - one of the original books on the subject – just after it first came out in 1986.

The idea of replies is not to make a vague allusion and then, instead of quoting a representative extract in a relevant passage, refer your reader to a published work and command "Read the books to understand me" without even bothering to cite any page references.  Our fellow Lashtalian david had trouble with this also, and it is not good practice.

"Kharlatan" wrote:
The spirals from the the tiniest part of the spiral to the bigger has relevance to the density of the elements you know, and I would also claim that Tzula represents the lowest part of the tetragrammaton, which the elements might, but usually not, are attributed too..

Where does “Tzula” come in?  And for the benefit of those who may not be familiar with such abstruse and recondite terminology, what is its meaning here?  What connection does it have with the Tetragrammaton, and why would it represent "the lowest part"? (which is what anyway? Would you mean Hé final here?)  These are the sort of things which you should briefly adddress and deal with in your posts rather than obliging your readers to take a detour trip round to the temple of google.  And what is the relevance of the density of elements to the size of part of the spiral?  Because I’m afraid it’s not a case of “you know” here, as I don't, and I venture that I’m not the only one.

Likewise from your OP, some readers may not be familiar with

"Kharlatan" wrote:
Spirals. They appear in several pictures in The Focus of life, and one picture connects it to the word, the key: O, L.C.O'CS, the illustration Laughing aloud, Aaos answered. In the Heaven of Aaos he turns towards his shadow, but in the picture seen from the womans perspective; it's her shadow.

Perhaps you could also possibly provide a key to unlock the mystery for them?

"Kharlatan" wrote:
For each cycle a small (nanos) amount is added/subtracted (depending on which way you go). That's the taos law nanos.

Again, this doesn’t make sense to me – what is it that is being added or subtracted (a "nanos" amount of what?) and why does it depend on which way one goes?

Yours with stymied stupefaction at your sometimes jumping laterally signification of wording leading to some degree of incidental mystifaction,
N Joy

- In the Focus of life AAos wanted Tzula to be absorbed by a male. One could probably say this is almost the same as (ascending) uniting heaven and earth, by the key, water. Crowley considered the last part of the tetragramaton as a degradation (it's related to The Fall), If I remember right.  This is also the mystery to the phrase: "we who don't crucify" in Zos speaks! For crucification is multiplication of matter (falling).

- If you have 100 stones and wants to create a spiral, then you have to increase the amounts of stones (matter) for each cycle (increasing in size).
This principle has, if it's a principle used in the encoding process, relevance for how to use the key.

Correction: The cross is a multiplication sign while the crucifiction is usually considered as an ascent to heaven.I'm not sure really if Spare maybe refered to the crucifiction and it's function in the the Zos speaks! context. or if he maybe  refers to not multiplying.

Taos is a Pueblo/City in New Mexico; Nanos are Dwarves (Dwarfs?). I have no idea what the rest of this is about. 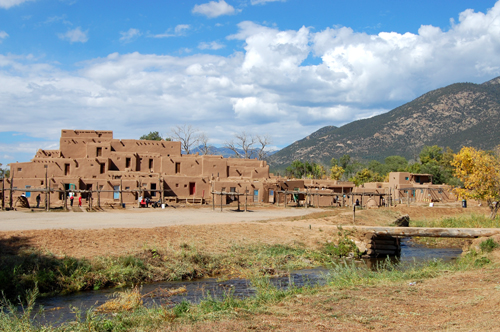 I found an Aos painting of the crucifiction: https://ajl.smugmug.com/AustinOsmanSpare/Austin-Osman-Spare-Archive/i-L4r6nW3

What is Tzula? Is it related to Thule?

I never heard of gnomonic expansion and I still don't see how this relates to AOS but if you want to hear about Aristotelian geometry and gnome (sic 😉 in cheek) expansion you can read this:

No judgements Mr Kharl but were you imbibing Sacramental Sub-stances when you wrote these posts?  Just curious.

Looking at Kharlatan's posts over the years, it is clear he takes seriously his obligations in the "wine and strange drugs" area, or is manufacturing his own internal drugs, though bursts of lucidity suggest the former explanation.
Edited to add that I find this thread baffling as to even what is being discussed, as close as I have gotten is something like what Shiva posted; i had a brief romance with a girl from Taos years ago, a Revolutionary Communist Party militant and stagehand at The Ridiculous Theatrical Company in NYC. She was normal-sized, and not a dwarf.

while i am no choir boy i limit my sacramental sausages to private time. and last time i checked this was a public forum. and you made me laugh quite a lot Ignant thank you 🙂
Karl-Aton? Any response to the many questions?  We all await with ...breaths.

Just trying to be helpful with all I can contribute as to "Taos Law Nanos"; as to the "Law" part, she (the Taos non-dwarf) was in favor of Revolutionary Justice; this may explain why the romance did not survive my return to law school in the fall (we had met at the Rainbow Gathering).

First of all you should ask yourself if you believe "Taos Law nanos" , the first letter of all illustrations, is a result of coincidence. Many of the illustration titles are  sentences broken up by Spare (which is a strange way to entitle illustrations. I consider it as a strong hint that they're directly connected to the parts of the text and holds great importance). If you don't believe in such coincdences and believe it's put there deliberatly, as a hidden message by the author, you should ask yourself why. What kind of importance does it hold? Look after references in the book, as i've tried, and try to use whatever knowledge you gain by it. Good luck!

There used to be a little Mexican food place near my house.
They served nanos tacos.
I saw a dwarf there once.
Hope this helps...