The cutting process of God's testicles

Some lines to get people going:

The formula found on page 108 which deals with the cutting of God's testicles, indicate that each is cut into 9 parts.

The fifth letters in line 1,2,3,4,5 manifest the word Roses vertically, Zos and God are also words entangled inside of the word roses horizontally.

Actually I forgot the entangled "OO" hanging to the right, below the "self" on the 6th letter. It would mean in total 5X18 (or 10X9) which adds up to 90, if the formula on page 108 in Zos Speaks! is supposed to be applied on those letters I've refered to.

In line 18 we find the word 'Mosaic'. Above the letter s in Mosaic, 3 triangles, 9, zig zags down towards it.

I think we perhaps can tie the seventh formula which the Stoics formulated as a practical and ideal behaviourism together with this line. In other word it's plays an important part of the practical work with the sacred letters.

9 in a mosaic could be constructed as 1+2+3+2+1, a tree of life like construction. In line 9, letter four we see a letter very similar to such a construction. If it merges with another it will of course change accordingly.

The letter below the r in turn is 3 knots, and two letters to the right is a half circle. The first letter in the line below corresponds to the last letter three lines below.

Note: the first letter of 'turn' is interestingly also the letter for God (or the sun)

A comment on the first posting in this thread: The double O's do not seem to represent the whole trees, they rather represent the nexuses between the trees. Has Spare used The flower of life as an inspiration for this work?

Extraordinarily enough, no one here appears to share your obsession with God's testicles. Have you considered a more specialist website?

Crowley presented a mystery in Liber AL, Spare presented a mystery in Zos Speaks!. Spare even claimed that he should surpass Crowley's book in the letters. Why do you think people don't consider Spare's mystery as interesting as Crowley's? One of my hypothesis is that we are now currently in phase two. It doesn't necessary makes it less interesting, because a+b equals c (I'm refering to the law of change in Zos Speaks! and the fibbonacci sequence), but it could become more interesting if people took interest - because eventually one could reach phase M.

Yes there are mysteries in Spare's work, but in my view Spare was principally an artist and expressed himself primarily in paint, pastel and pencil. The sentient symbols, for instance, are sensation captured in graphic form, and I don't think that intellectual analysis of them gets very far. Spare's mysteries, in my opinion, are enshrined in his artwork, and particularly in series such as the 'Contexture of Being' in the 1955 exhibition.

Personally I think you do Spare a disservice. Nowhere in Spare's work have I come across a reference to "God's testicles", let alone the idea of cutting them up into a specific number of pieces. You have taken a sequence of sigils and sentient symbols and interpreted it, and then you seem to suggest that your interpretation is what Spare was saying. Well, you might be right, but I doubt it.

This is the worst disinformation and cover-up in history - great Typhon :=)))))

I think it has to be said that the biggest religions often are considered to be phallus religions. And the sentient symbols you mentioned didn't fell into an arbitrary order. What are the odds? The phallus also play an important role in the urn formula. I read an article some time ago which disclosed that intellectuals often had black humor. That's absolutely the case with Austin O. Spare - refers to The Book of Satyrs. I'd consider the process of cutting God's testicles as black humor (but at the same time it has a deeper meaning also).

I think it has to be said that the biggest religions often are considered to be phallus religions.
But "size isn't everything"?

I’d consider the process of cutting God’s testicles as black humor (but at the same time it has a deeper meaning also)
But would Mrs God agree? (I hear she is black also)

What's also interesting is that, 'In the law of change' chapter in Zos Speaks!, Spare uses the alphabet together with the fibbonacci sequence. 1+2+3+5+8+13, then according to Spare it goes the other way - as if he refers to a double spiral - as shown in Chumbley's last book, and also the double pyramid in Azoetia.

It all relates to the Great work and it it's also present in christian masonry. A vidoe on youtube entitled 'Alchemy & the Chemical Wedding is Kundalini, Christianity, the Church & Ancient "Aliens' by Phil Langdon deals with the practical aspect of this work. He tells about an experience where his meditation (a contraceptive/unifying process), the building of the pyramid, causes him to lose his speech for one week. To me it sounds like a stroke, or a savant ritual if you like. Check it out - interesting stuff.

Here is my work on the Crossword puzzles of Zos: https://karlirjohanarnt.wordpress.com/2017/04/07/the-crosswords-of-zos/

It's still work in progress.

Here is my work on the Crossword puzzles of Zos: It’s still work in progress.
I think you might have accidentally posted the cryptic version there. Have you got the 'Easy' / 'Coffee Time' version instead?

He tells about an experience where his meditation (a contraceptive/unifying process), the building of the pyramid, causes him to lose his speech for one week.
Would there be a need for a "contraceptive" process if testicles have already been cut or removed? That would do more than make me speechless for a week...

Yours, with crossed knees
N Joy

:=) yeah! Spare was a strange guy. For instance letter 15, in the fifth column, he described as 'I in unity' in the little dictionary in Zos Speaks!, in reality I think it denotes the two suns (the sun of the day and the sun of the underworld) orbit in relation to each other, in the equinox. Similar to letter 35 in the same column (west- and east horizon in instead of north and south poles though)

- The contraceptive process would be the cutting of the testicles (rows), and the separation of the elements (the 4X90 degrees of the circle), and the unifying process the tying together process.

- I forgot to mention the 360 number above the word torso by the way. the six and zero numbers are turned the wrong way.

yeah! Spare was a strange guy. For instance letter 15, in the fifth column, he described as ‘I in unity’ in the little dictionary in Zos Speaks!, in reality I think it denotes the two suns (the sun of the day and the sun of the underworld) orbit in relation to each other, in the equinox. Similar to letter 35 in the same column (west- and east horizon in instead of north and south poles though)

So you consider Spare "a strange guy" because you don't agree with the meanings that he attached to the letters of the Sacred Alphabet? The letters of which, as he makes plain in 'The Book of Pleasure', are attempts to capture his sensations graphically? Given their origin, I think most would consider that Spare's opinions on the matter count a little bit more than yours.

Having been interested in Spare for a bit more than twenty years now, and having immersed myself in his artwork, I can't say he's ever struck me as "a strange guy". Deep, yes; profound, yes; at times difficult to understand, yes; nut never strange. On the other hand, your obsession with God's testicles - whether whole or sliced - might be thought by some to merit such a description.

Well I think it's strange to explain the meanings of some of the letters in metaphors, and not the meanings in the context he used them. If you for instance take the letters 15 and 35, their position in the column, and then compare it to the figure under the Math (or myth) word in the fourth column, which refers to the stealing the fire from heaven illustration in the Book of pleasure (a guy standing on the western horizon catching the sun), then it clearly describes the sun's travel in the sky.

But I'm not sure how the Egyptian differed between the solistices and Equinoxes for instance, and how Spare incorporated them. But solistices would proabably mark the period between the equinoxes anyway.

I think Spare uses it as the turning point: https://karlirjohanarnt.wordpress.com/2017/04/07/the-crosswords-of-zos/ (refers to Ra sail to roots end, system turn). In Norway there's a saying, from ancient days: "the sun turns" when the days length begin to increase for instance. They had some accurate sun clocks in Egypt and had accurate observations (The Book of gates), and actually observed that the days grew shorter/longer. I know the battle between Horus and Set (the dog star) marked the seasons, but I'm not sure how they explained the difference of the sun's daily pacing in their myths

Correction: It seems like it's the opposite way around. The equinoxes are at the center of the analemma, while the solstices are at each end, so letter number 34 symbolizes an equinox.

Correction: It seems like it’s the opposite way around.

Ah, thanks for informing Karlir - that makes all the difference! So much more clearer, now.

But solistices would proabably mark the period between the equinoxes anyway.

And I daresay equinoxes would proabably mark the period between the solstices, also?

There's been no mention of testicles (the thread's title) recently - what's the matter, have you dropped them? (Boom, tish!)

- Not at all mr Barter. My point is that the equinoxes and solstices are probably the best reference points when it's time to tie them together. Crux (or the southern cross, is also important due to it's historical importance related to the rebirth from the death posture (winter solstice), the birth of Christ, the Bethlehem star and the three kings (the 3 small balls in 'show pi'). The numbers 23, the tilt of the earth, and 90 also occurs among the sacred letters. In this video they use references as for instance the tropic of cancer and the tropic of capricorn: https://www.youtube.com/watch?v=To-oFiyd6Dc

Here's possibly an important clue which I've identified in Zos Speaks! which I think can be connected to the process of the cutting of the rows (or columns): "Measurement of space: lie on your back, close your eyes and revizualize any past event; then open your eyes suddenly and you will observe that the ceiling is an appreciable distance away. Hence the nebula of Orion both rests on your shoulders and is equally millions of miles away (page 271, Zos speaks!"

Fact from wikipedia: Nebula of Orion is estimated to be 24 light years across.

The word cut, in the formula on page 108, has three dots besides it.

Each column has 73 letters.

... or it could be interpreted in connection to the seasons. The great sleep.

“In your name of Inhabitant of Orion, a season in heaven and a season on earth”
(Pyramid Texts 187).
“Oh king, you’re the great star, the companion of Orion, who runs through the sky with Orion, you navigate the Duat [underworld] with Osiris, thou ascend from the eastern sky being renewed in your due time and rejuvenated your due time. The heaven has been with Orion”
(Pyramid Texts 882-3). 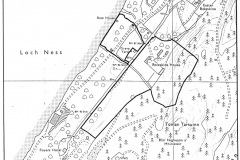