Back Cover of Francis King Book

I was looking at my back cover of the Francis King book The Magical World of Aleister Crowley.

The words are okay. It is the picture that puzzles me. It is a picture of The Sun tarot card, and I think it is from The Golden Dawn's Magical Tarot.

It must be a mistake, unless I am missing something. 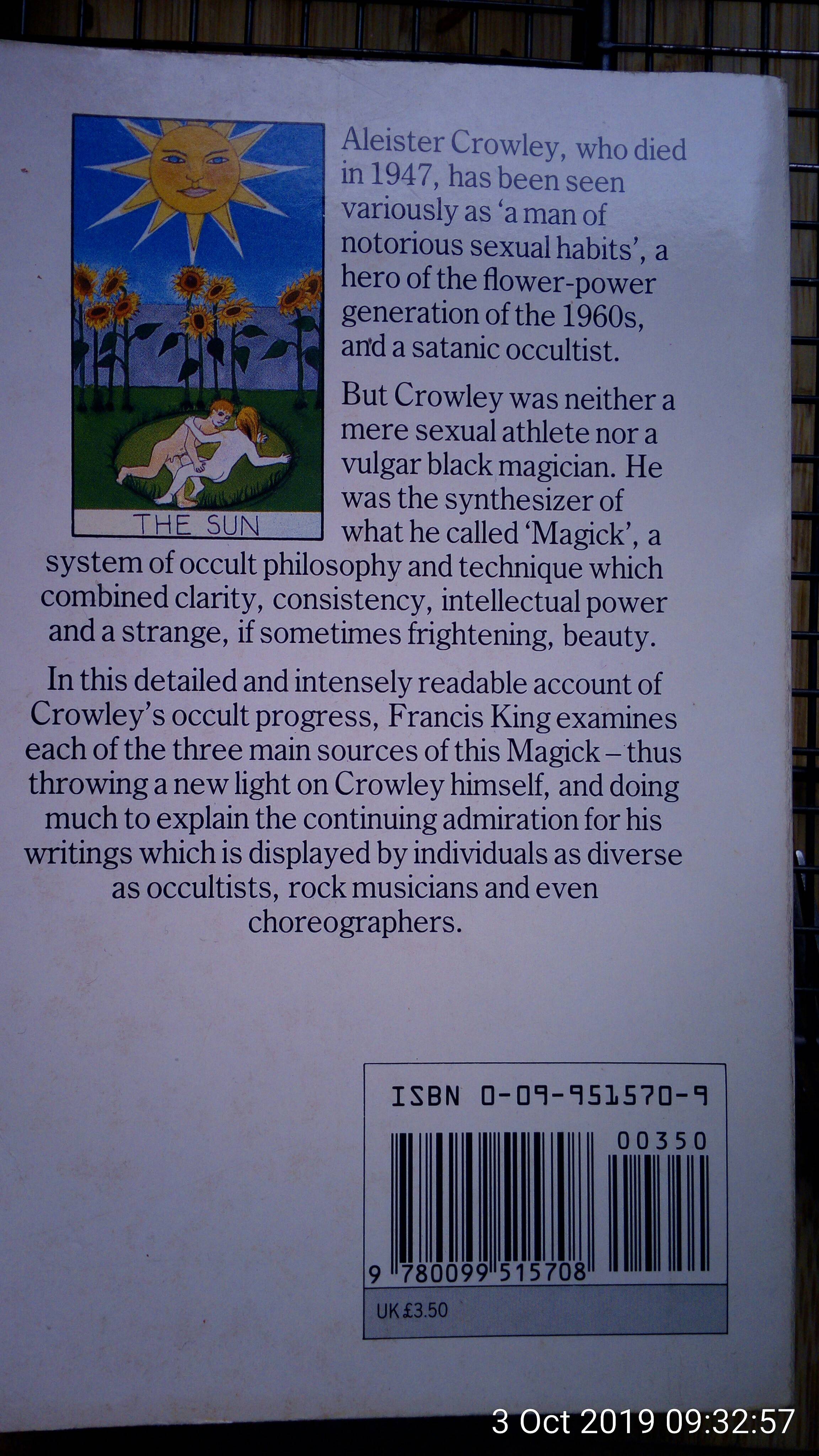 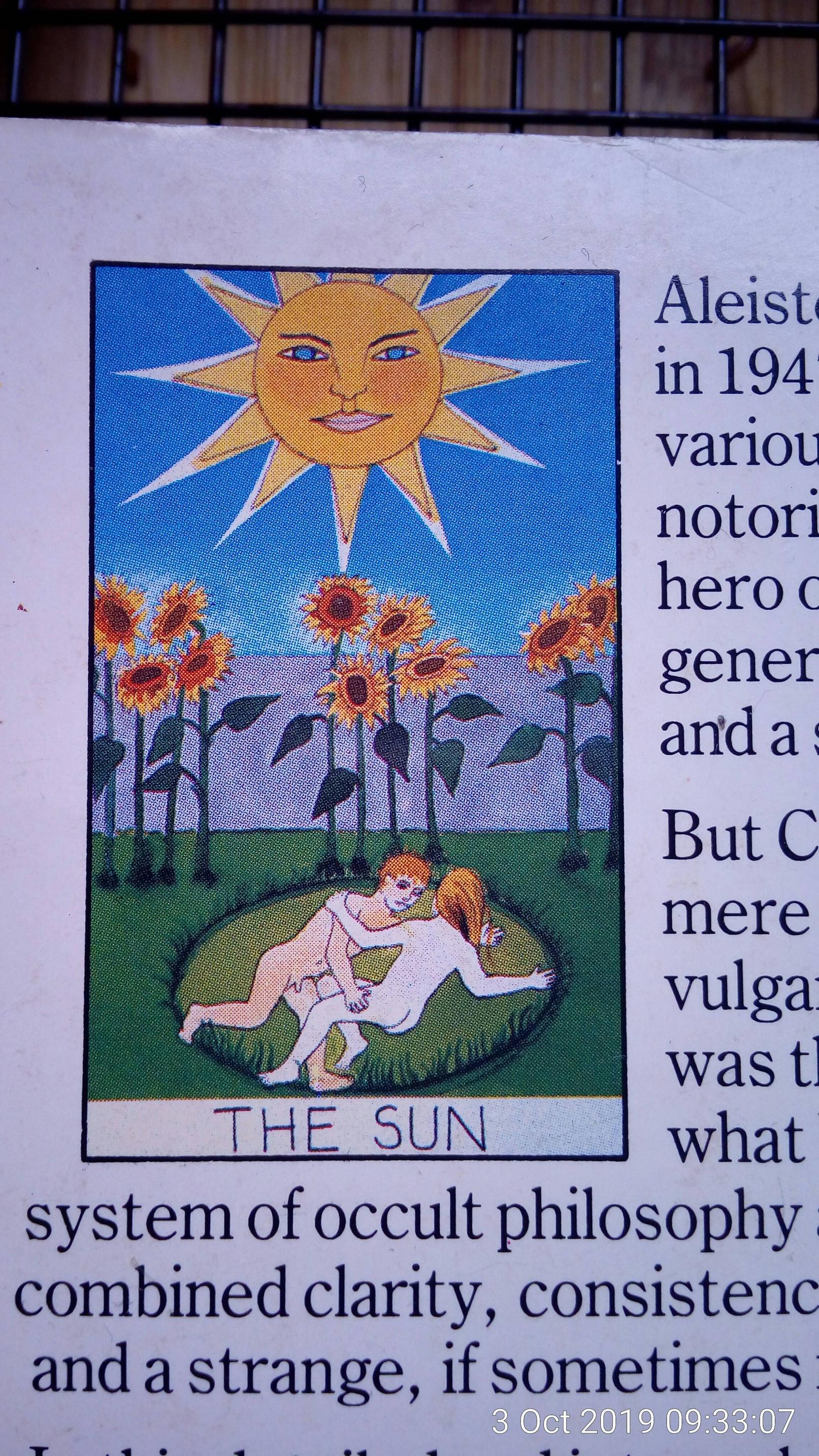 Maybe it's just symbolic of the fact the book is 'throwing a new light on Crowley'?

They may have wanted to use a Thoth tarot card but found out they were in copyright. But why not use some other picture - like, er, one of Crowley?

It's a good question. It must be from a fairly obscure deck; I've not come across it before but I don't think it's from an "official" Golden Dawn one. Nor have I ever come across the traditional image of the two 'children' seemingly engaged in some sort of a pre- or post-coital embrace previously, I wonder if anyone else has? Also, can there be any intentional significance in there being ten sunflowers prominently displayed (apart from an obviously Malkuthian one)?

Although featuring on the cover of a biography about A.C., I also idly speculate whether "Biography" is actually the best thread section for it to appear under --- because of the implicit correspondences involved, most Tarot-related issues have usually ended up for discussion in the "Qabalah" section.