In performing Pyramidos as self initiation-bolstering-backup-firewall-initiation I also heard Asi, and Asar.

Asi is also Isis and Asar is also Osiris. Oh soz beat me to it. Long time no see *doff of the hat*

Speaking of ordealism I am one of dem.

We were hiking on Sunday and I was on medication for an ear problem and I still wanted to jog up each and every cliff, not even walking but running. I would joyfully wait back for wife to catch up. Then the next day despite sore legs I still enjoyed biking and lifting weights. I am inherently lazy, but my True Self is inherently a glutton for punishment. This is one thing I have learnt in my Ordeal.

I am inherently a lazy fish, I will gladly lay in bed all day. But once I have started, I enjoy the pain!
Definitely a 'bit' of maso in me. I like the rush and the joy and accomplishment. I think that is why I started with skateboarding, then moved to mosh pits and chemicals, then moved to the military and exercise. Which is weird bc I really am a meek lamb. I think.

RE archetypes I think yes AC was definitely inspired programmed by the GD and without that he may have put different forms to his liber AL and rituals.

Speaking truthfully knowing his temperament I bet he would have written his works using Celtic gods more likely.

“ Some people get rendered (go through tribulations) by Hindu or Norse archetypes.

When these diverse symbols are rendered into unification, it’s too late to argue one’s preference. One has become none and moved up and out of the Seat in the East in order to become the Khabs (Spirit or Star), which Megatron calls 2.1, Star, and it’s no coincidence that I am just now beginning the construction of 2.1, Star, the video. “

Ra conjuncts Sirius every year on July 5. With the Solae eclipse yesterday, and (apparently) other factors, this is the newest "big deal" event for event watchers. I predict nothing will happen, such as humanity becoming suddenly enlightened.

and for those
that can’t vote for
U.S.
or just plain
tired of holding your noses
a happy 4th as well !

I’ve got a cook book
as well as a gun to put the food on the table
and a bigger one to keep the nut jobs away
only because they allow it
fire works
Bonfire Night
anyone ?

@tiger I’ve got a cook book
as well as a gun to put the food on the table
and a bigger one to keep the nut jobs away
only because they allow it
fire works
Bonfire Night
anyone ?
Sirius rising ... I'm in ... I can cook without a book in fact I have a secret recipe I put in all my cooking.. love... and creation
fireworks banned here... shout me a ticket and Ill enjoy it with you .. I'm not sirius
I need that bigger one too 😀 guns banned here too

Again, this is a symbol of Babalon astride the Beast and could be said to be showing here a revenge of the goddess against a patriarchal culture.
who said "vengeance is mine" keeps playing in my head.. old code perhaps...
not vengeance ....justice..... balance... then again she is pissed and has been for 2000 years so the two words may intertwine...
watch phobos and deimos .....

@shiva Ra conjuncts Sirius every year on July 5. With the Solae eclipse yesterday, and (apparently) other factors, this is the newest “big deal” event for event watchers. I predict nothing will happen, such as humanity becoming suddenly enlightened.

the year of the sun in the aeon 2019...... last year the year of the moon and deception ruled indeed
or mirrored .. the priestess last year being the empress
I predict nothing will happen because.... not the time..... the universe doesn't rush these things ..
children have to grow .....conditions have to be met or more to the point nothing has to be met... who am I kidding Im just a kid myself...

Ig: whether ordeals are bliss, or result in bliss
the ordeals are not bliss .. shocking sh8t but the result is bliss

It has never been my experience that a tribulation or an ordeal has been blissful. Upon overcoming some lengthy test of endurance or troubled time, I have experienced mild, fleeting euphoria.

I was left naked shellshocked .. lowest of lows to rebuild on... sometimes when something has resulted in success like my current alchemy work I have had what we aussies call a eureka moment ... but then the knowledge of the ordeals reminds my ego to check itself at the door because i find historically speaking that is slap time..

I did experience a sustained, endorphin-fueled, euphoria one time: I had flown down from 7600′ up in Colorado (Estes Park) to attend the acupuncture-licensing exam in San Francisco (at sea level). I was carrying a large, heavy duffel bag over my shoulder, and I had to walk to the exam. A long walk. So I started running. The exam site was up those uphill San Fran streets from the airport. I sailed up hill after hill, blissfully enjoying absolutely no lack of air. I was 44 years old. Of course, my lungs were supercharged by the sea level air, having just come from a high altitude, but I never had such an experience before … or after.

yes I must email you .. this paragraph gave me questions

However, that is my experience, my reality, and I understand that there are people who thrive on ordealism. There are actually people who enjoy a physical fist fight, and folks who get off the ground when in war zones. It’s a matter of genetic wiring and adrenaline/endorphin rush. There are even people, called sadists, after deSade, who find pleasure in inflicting pain, such as may be discovered in a few lines from AL III, which also features cannibalism. And last of all (not the Key to it All): there are masochists who find pleasure in pain … such as might be attributed to our hero, AC.

from one who existed in a war zone, existed in abuse by a sadist.. nup .. I love my birds and the wind today... and the cats all greeting me... and hugging my kids.. talking to my kids.. stuff shadenfraude...

sz: So Asar (Osiris) is with Isa (Jesus), and they are one, in their role as Old Aeon “dying gods”.

Yes, you are correct, especially in terms of AL context. I need to re-assess where I equated Isa with Isis. Asi is another name for Isis. Another needful re-assessment. I looked up the basic definitions, but deep assessment is so burdensome … I guess I’ll just accept the correction. Thanks.

“Isa” is also the Eastern name of Jesus in The Aquarian Gospel of Jesus the Christ.

north south positive negative... male female...
at last a correlation of the feminine...
reminds me of my mother's recent funeral with the masonic christians.. they didn't like my speech then again I um a lot ..if you got nothing to do here's my speech about jesus and the mother.. 26 minutes it starts http://fcp.mediahouseplus.com/wollongong-chapel-parsons/frances-boyle/ my cousin who spoke after me sent me daggers lol

ps don't mind my hair or lack of it.. I had just quit my job as a human torch .. was tired of the hair sticking to my burns... it's growing still spikey..

Sure, if we can wear those black Tau robes and throw dagger fire at the shades of darkness lurking in the nearby foliage.

Now don't go flouting guns in the faces of those who are scared of them and have never been to the wild, wild west, or the jungles of deep Africana or western Amazonia. Deep in your heart, you know that July 4 is about peace and love, and has nothing to do with rockets and the U.S. patriots having fun over a tea tax.

For those who haven't seen it, Megatron 2 is the second ray, entitled, "Love Under Will." In 2.0, Ambassador John Adams greets Mad King George the III, offering peace.

George says, "I would be the first to welcome the friendship of the United States as an independent nation." (or words closely related to those in quotes).

Oh, right! That was after the war. 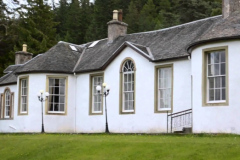