There's a piece in his book The Occult I don't have a copy or a page reference therefore but he relays or forms the notion that 'early man' only really began to imagine, plan, invent and truly dominate his environment when he became upright literally physically upright that is.  In other words his horizons only really expanded when he could literally see the horizon.

Oh as in zero as in 61 the jews call it? Well yeah right you are.

Although earlier man did have a form of language (Compiled from wiki;

Homo erectus  are associated with the stone tool industry, and is thought to be the earliest human ancestor capable of starting fires, speech, hunting and gathering in coordinated groups, caring for injured or sick group members, and possibly art-making.)

That was about 11, 000 years ago.   I believe humanity as it was was still nomadic following animal herds  although  1000 years on from that phase the earliest farmers settled.   If I'm not mistaken this was after an ice age when we discovered that moist soil if stabbed with pointed sticks would allow plants to sprout if seed was spread I such areas.   What would follow would be the discovery that moist clay when hardened could store grain and water.    This is why the (pot bearing)  Aquarius is said to be the forward thinking innovator and civilizer.

1. This book is very easy to misunderstand; readers are asked to use the most minute critical care in the study of it, even as we have done in its preparation.
2. In this book it is spoken of the Sephiroth and the Paths; of Spirits and Conjurations; of Gods, Spheres, Planes, and many other things which may or may not exist.
It is immaterial whether these exist or not. By doing certain things certain results will follow; students are most earnestly warned against attributing objective reality or philosophic validity to any of them.
3. The advantages to be gained from them are chiefly these:
(a) A widening of the horizon of the mind.
(b) An improvement of the control of the mind.

Neither Liber O nor subtle. My exclamation was "Oh." as in "Oh, that's interesting. I wonder wha it means to me, mine, or my neigh-bors?"

Neither Liber O nor subtle.

Latest Post: Crowley and his usages of maths and formulas in Thelema Our newest member: carloswek Recent Posts Unread Posts 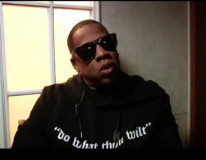