Contributors to magazine on Thelema and sex

93!
We are currently looking into the possibility of publicing a one-shot (fully independent) 18+ magazine about Thelema and sex. The magazine will be available online, free to subscribers. Exact details will follow later.
We hope to find some more contributors for short articles and essays, poems, artwork, photography and interviews.

Topics for essays and articles may include: Sex and thelema, sex magick, (pro-) LGBTQ+ related matters, sex and identity, sex and philosophy, sex and science, kinks and fetishes, (non-)monogamy, etc.

The magazine will be explicitly Thelemic, but not connected to any organization, propagating Thelemic principles and free love and sex between consenting adults.

If you are interested to contribute to this non-profit project, please let us know below.
There will be no monetary compensation unfortunately, but exact details will be discussed and settled when we get in touch.

The idea of the magazine was born after a discussion of the famous book 'The Ethical Slut' by Easton and Hardy, and how it relates to Thelemic principles.

-A couple of Thelemites and long-standing O.T.O. members

I consider myself a Thelemite.

There will be no monetary compensation unfortunately, but exact details will be discussed and settled when we get in touch.

"Discussed and settled" means negotiated, or some thing like that. I wonder how two people negotiate over Nothing?

-A couple of Thelemites and long-standing O.T.O. members

Oh. I get the drift now.

I would recommend copying the entire "Does Sex Magic Work?" thread, after obtaining permission to print from the Ascended Webmaster, and lay out the true tale of Whoa, so that everybody out there (who subscribes to your channel) can see that, in general, sex magic used in order to get things (including fame, power, and glory) doesn't work.

@elitemachinery thanks for your reply, that sounds great. How can we get in touch to share some ideas?

thanks for your reply, that sounds great. How can we get in touch to share some ideas?

It makes it occult.

I am tired of all this shit

93!
We are currently looking into the possibility of publicing a one-shot (fully independent) 18+ magazine about Thelema and sex.

Is this the reincarnation of 'Orrible Orridge and his sex-obsessed baloney?

I consider myself a Thelemite.

-- attachment is not available --

We hope to find some more contributors for short articles and essays, poems, artwork, photography and interviews.

Topics for essays and articles may include: Sex and thelema, sex magick, (pro-) LGBTQ+ related matters, sex and identity, sex and philosophy, sex and science, kinks and fetishes, (non-)monogamy, etc.

The request was for all types of stuff. With a slant toward LGBTQ perhaps.

Yeah, I remember reading the story in Energized Enthusiasm. What is described therein is the full blown Gnostic Mass. You have to equate the first part of the story with Reuss knocking on Perdurabo's door, a kink in time related to The Book of Lies, and P's trip downtown to get registered properly in secrecy. The second part of Energized may be viewed, and understood, as The Ritual of Initiation of an Epopt of the Illuminati, VIII*.

Epopt? That's perhaps the funniest title of them all.

All I have seen of Gnostic Masses online are, of course, the exoteric versions ... where the public is often invited. Maybe this new "magazine" online will catch up with the archetype of Nuit, or at least Babalon, because so far the priestesses have not matched the archetype or demonstrated anything that says they're being overshadowed by the cosmic mother in some form.

I can say these things because I've seen women (more than one) caught up in that cosmic feminine prototype. They dazzle.

Well, I'm a-running down the road
Tryin' to loosen my load
I've got seven women on my mind
Four that wanna own me
Two that wanna stone me
One says she's a friend of mine

Take it easy, take it easy
Don't let the sound of your own wheels drive you crazy
Lighten up while you still can
Don't even try to understand
Just find a place to make your stand
And take it easy

[here follows the appearance of the true priestess]

Well, I'm a-standing on a corner
In Winslow, Arizona
Such a fine sight to see
It's a girl, my Lord
In a flat-bed Ford
Slowin' down to take a look at me

Come on, baby
Don't say "Maybe"
I gotta know
If your sweet love
Is gonna save me
We may lose and we may win
Though we will never be here again
So open up, I'm climbin' in
Take it easy, alright

I'm not sure, but I think this might be some sort of a Class A document

It makes it occult.

"LAShTAL is not an occult site."

I am tired of all this shit

This is a sure sign that The end of the World is near.

How about it, did you ever see "Her?"  Ignant did. He confessed to it on some thread in relation to a mouse tattoo, so I'm not revealing personal psychiatric data. "Goddess Incarnate" was the specific confession phrase term words..

Yes perhaps I should not have been too hasty to judge a project I have not even viewed yet.

However that was my initial astral flash.  It seemed not very into creating Genius, or calling up energy/qi in a constructive fashion, but merely a kind of exhibitionism.  As noted, I should have kept my trap shut and waited.

Yes perhaps I should ...

Perhaps you should answer the question previously asked but ignored: Did you ever see "Her" ?

The timing of your question is most strange.  As in 'spooky.'

I would have answered 'no' to your question up until last week.

We had our anniversary dinner at a fancy steak place and this woman walked in with her beau dressed extremely scantily out of sorts for the higher class venue, but still managed a graceful entry and one's eye was drawn.  She also seemed to exude a very powerful aura and sense of control.

I am not sure if it was because of the staring while we were eating, or our smiles while we ate but we were both flabbergasted when she paid for our $150+ meal.....

This is a step in the right direction. All women hold the potential for exhibiting this undefined (for now) quality, but only a few can actually manifest it. And when they do, the imagery can be different. Some will shine out a Asi, the Priestess of the Silver star. But other can remind one of Babalon. I had an encounter with a Maat, and that one actually ended in a perfect zero-balance.

I have a lot of feelings in my head I can't release right now.

We are happy and it was an interesting experience ...

I have a lot of feelings in my head I can't release right now.

A changing reality brings in all kinds of new things, and they are not immediately groked. 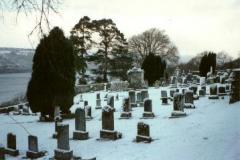