ITS secluded location meant he could carry out his dark practices undisturbed, among them a series of rituals known as “the Sacred Magic of Abramelin the Mage” originating from a 15th-century manuscript and involving mystical diagrams and prayers designed to invoke spirits and enable direct communication with God.

Crowley tried for several months to raise the holy guardian angel before quitting the house, apparently having left behind a host of homeless demons which he had gathered around the white walls of the hunting lodge.

Although Crowley’s links with Boleskine House were brief, it has remained a place of pilgrimage to his followers and those with interests in Satanism and the dark arts." 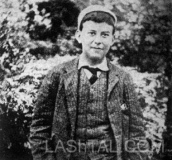