Available for purchase from the archive of the owner & editor of LAShTAL.COM. Any profit will be used to fund the cost of running the site.

From the library of C F Russell. Russell was 21 when he first met Crowley in 1918. He worked tirelessly to promote the OTO with Frater Achad in Detroit and took the Magical Name Frater Genesthai. He travelled to Cefalu where he attained initiation during a retirement on 'the Rock' on 23 July 1921. He is well known among readers of Francis King's books for his eccentric four-volume autobiography, Znuz is Znees.

The last book published by Crowley and his last word on his life expressed in the selection of poems. Funny, touching & very strong, bristling with insights, an excellent book indeed! As with all copies it has the sigil of the Beast gilt stamped on the front cover, but a printer's imp interceded and it appears upside down! This copy in brown cloth (some were in green). Wear to tail of spine, slight wear to corners, bottom edge of boards slightly bumped. Spotting to preliminary pages and latter pages but overall VG- in quite worn DW (rubbed and quite chipped with slight loss) which has a Frieda Harris drawing of Crowley staring out at the viewer.

Payment by PayPal only. First email to @lashtal.com">webmaster@lashtal.com secures.

on behalf of all those of us whose pockets are filled only with lint - can we get a picture of this lovely?

Much as I would like to acquire this anthology, which is not only A.C.’s final published work to be printed under his directions during his lifetime but also what he viewed to be the apotheosis & acme of his achievements throughout sixty years of song/poetry, funds do not allow at present & perhaps some other lucky Lashtalian will be the beneficiary instead.

However I was wondering if someone knew if there might be a facsimile currently available?  I think Stellar Visions did a xeroxed reprint in the 80s – possibly First Impressions did one in the 90s as well (although I don’t have one of their catalogues to hand), and it also seems like the sort of thing Teitan Press might venture to do…

If I remember correctly (as I have not looked at it for a while) it really does cover the whole 60 years of his verse & contains several obscure items not previously available elsewhere: but although I have a recollection of what was allegedly his first poetic effort, composed at age 11, the odd thing was I couldn’t find it when I went back to look again afterwards.  I wonder where I could have seen it in that case?  It went something along the lines of: “Tully is an ass, Tully is a fool, Tully is the biggest chump at Malvern College school”, which although certainly of limited lyrical expression has a slightly McGonagall resonance about it and definitely warrants inclusion in my opinion as very much deserving of something or other (fascinating literary criticism continued on page 94).

My favourite other bit of doggerel in it had to be “The Happy Man”: “I can’ t read, and I can’t write; I’m in bed all day, and drunk all night.”  Such sublime simplicity!

Slightly off topic - but is there any information about the availability of Znuz is Znees?  I have been told that Russell’s style is so impenetrable that the 4 volumes are “hard going if not unreadable” – in a bad way, though, not in a (e.g. Finnegans Wake) good way…!  Would anyone also concur or seek to differ on this who has maanged to plough through the entire opus?

This book is now sold. My thanks to the three members that wanted it and my congratulations to the one who emailed me first!

Plenty more interesting items from my archive to follow...

Hi all,
Jamie,
for those interested in seeing a few pages from 'Znuss...' I talk (poorly I fear) a little on it in my youtube 'book tour' here made by Ray Russell of Tartarus Press.

I also ramble (equally poorly!) on about A.C. / Grant / Ewers etc so you may find it amusing.

Though there are some great parts of Znuss (esp vol 1) in which Russell writes about A.C. and the Abbey much of it (85%?) really is totally unintelligable (to myself at least) as the film shots indicate. If there is any earth or aeon shattering knowledge within them it is well hidden.

I liked your video very much. Thanks for sharing it with us.

Very nice short tour of your collection - thanks!

Yeah, I also liked your video very much, thanks for sharing it!

I add my thanks to you J.  There must surely be someone – at least one person - somewhere in the ‘thelemic world’ who is able to make sense of what Russell was going on about 85% of the time.  The matter seems to boil down to: was it some bizarre elaborate joke/con on his part; did he actually mean to express something the nature of which is so profound that no one is able to get it; or had he lost his marbles & powers of discrimination by that point?

Although C.F. Russell/ Genesthai already appears in a thread topic under “People”, Znus is Znees is not discussed there & the last entry by someone posting considered him to be “rather Christian”!  This book may prove a fruitful topic for discussion at a later date.  On the other hand, it may well also effectively prove a waste of time?…

…Weighing up the options,
N. Joy

Me too, wonderful, thank you! 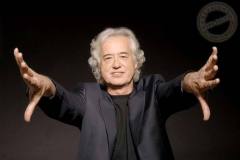