I have for sale a copy of 'The Satyr's Sermon' by Andrew Chumbley.
This is the standard edition: quarter morocco with felt-lined slipcase, limited to 333 copies.
This is copy number 223 and is in mint condition.

I see that Caduceus Books are selling this for £165 and this is the cheapest I've seen it online.
Therefore, I shall sell my copy for £150 - plus extra for postage costs.

No one has shown any interest in this book so I will bring it down to £120.

The Book of the Law (Illuminated Edition) £70 + postage to wherever.

I have a copy of Liber Aleph, first edition (no dust cover).
The book is in good condition, binding is tight. Pages are clean and intact.
Some slight wear to spine and corners but otherwise a good copy.

The book is in mint condition.

I have a copy of The Equinox of the Gods in hardcover.

Description from Weiser's site:
"Aleister Crowley, The Equinox of the Gods. NP: NP, ND [circa 1970's]. Facsimile Edition. Hardcover. 4to. x + 138pp + lv. Off-white composite boards with gilt title, etc. to spine and upper board, b&w illustrations. Photolithographed reproduction with plates in monochrome.
An anonymous reprint of the 1936 edition of "The Equinox of the Gods," Crowley's first real attempt to do justice to "The Book of the Law." In a rather ingenious, if low budget effort, to imitate the First Edition, there is a manila envelope at rear housing loose facsimile sheets of the manuscript of "The Book of the Law" (Liber AL vel Legis). The design of the book has been engineered to accommodate the envelope at the rear by first binding in about 150 extra sheets, which were then excised, thus creating a space between the text and the rear board. Nothing is known of the origin of this edition, other than that it was apparently produced no earlier than the 1970s and no later than the 1980s."

I have a copy of Crowley's 'The Winged Beetle' published by Teitan Press 1992.
The book is in great condition.

I have a copy of 'Devoted' - various authors, published by Scarlet Imprint 2008. Hardcover.

The book is in great condition, with only a couple of small black scuffs on front cover.

For sale is this copy of The Equinox Volume V, Number 1 by Crowley/Motta. Routledge & Kegan Paul 1975.

Up for sale is a very rare copy of the first deluxe edition of Voudon Gnosis by David Beth, Scarlet Imprint 2008.

This is number 47 of 55 copies and signed by David Beth.

The book is in quarter snake skin and is in mint condition.

I have a very rare hardcover first edition of Peter Grey's 'The Red Goddess'. Scarlet Imprint 2007.
This was the very first title to be published by Scarlet Imprint.
It is number 115 of 156 copies.
It's in great condition and is still in the (great condition) white cardboard slip case with red ribbon, wax seal and rose petals.

A significant number of separate posts today from Morphon, each selling books. Combined into one thread by the moderator here (i.e. 'me').

Despite the possibility that all the separate posts could be considered annoying, I have to say that the titles he has on offer are very enticing! I can also vouch for him as a good seller, and fast shipper with great packing. I don't know him personally, just wanted to chime in with some extra info for anyone considering any of these titles.

Id love satyrs sermon but i dont have 200 dollars at present. i could buy it in a few weeks but not now. if you are able to hold it that is fine by me but most people prefer quicker sales...

The Red Goddess and Voudon Gnosis have now sold.

All books DO NOT include postage. 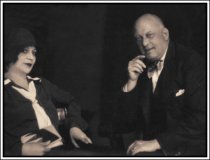