Forums
LAShTAL Forums
People
Jack Parsons
Who's Who in the St...

Who's Who in the Strange Angel TV Show

Beware of some potential spoilers if you haven't seen the two seasons released so far.
Here's the ones I could easily identify, and some that seem to be completely made up: in bold, the few who are completely identical to their real life counterparts.

I believe you mean Jane Wolfe, not Joan Wolfe 🙂

According to a review I read, Ernest has the occasional function of performing things in the show, that Jack P. did in real life, like the whole chemical/laboratory 'thing.'

Ernest has the occasional function of performing things in the show, that Jack P. did in real life, like the whole chemical/laboratory ‘thing.’

Ah, so that was the Importance of his being Ernest ?!

Never having had the pleasure of seeing the prog & not giving a solitary hoot about spoilers either,
Norma N Joy conquest

You and me both Jamie, though certainly i will admit I Am Curious (Strange Angel). Will see it when it comes out on cheap streaming, dumb as it sounds.

I probably won't watch it. The reviews make it sound pretty bla. There is too much 'programming' out there these days and most of it is crap. Most of it always was crap but...anyway.

Very hard to find good writers these days, of either books or television/screen.

Oh I know, let's make another 'reboot!' whatever the hell that means.

Yes indeed, that was a typo on my side. 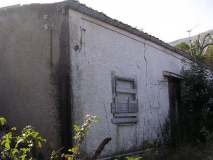