Grist to Whose Mill - publication launch

There will be a launch to celebrate the publication of this, Kenneth Grant's first novel, at Treadwells bookshop on Friday 30th March 2012 at 7pm onwards. All are welcome, but please let Treadwells know beforehand by email info@treadwells-london.com or by telephone 020 7419 8507 if you will be coming along. Treadwells' address: 33 Store Street, Bloomsbury, London, WC1E 7BS.

Besides exhilarating wines and cakes, the launch will feature a brief talk about this novel, its background, and its place in Kenneth Grant's work. This talk will start at 7.45pm.

Further details about this novel, written by Kenneth in the early 1950s and now published for the first time, can be found at http://www.starfirepublishing.co.uk/Grist_moredetails.htm

We look forward to seeing you there.

I've just viewed pics of the book on Facebook. The endpapers (with Grant's handwriting and diary entries) and most especially the frontispiece (with fantastic color and finesse of design-something which always characterizes Steffi's work) are striking and beautiful. The frontispiece is actually luminous! With Grant's work, the total aesthetic experience is important and Starfire has clearly come through here.

Wish I could be at the launch and, although envious, I send good wishes to all those who will be at this celebration!

I second this!!
Good luck and congratulations on the launch. I can't wait for my copies to arrive.

Wish wish I could be there.
I'd come to London just to visit a Treadwells event 🙂 I swear you guys need to start recordig and selling downloads of these events 😀

I too am eagerly awaiting the arrival of the deluxe edition!  I agree about the need for recordings of these events for sale!  Wish I could attend but since I cannot I just want to say "Thank You Kenneth, Steffi, and Mick!"

And quite thick too. I imagined a much slimmer volume.

Just a reminder that the launch for Kenneth Grant's novel Grist to Whose Mill takes place at Treadwells tomorrow evening (Friday 30th March) from 7pm. All are welcome.

Details of the novel can be found at http://www.starfirepublishing.co.uk/Grist_advance.htm

have fun you naughty, naughty people - wish I could be there!

absolutely, have a wonderful time all!!

I've not sent out any orders as yet for the new book. Copies of the standard edition will go out next week. The deluxes won't be ready until the end of April.

Have a great time all.

anyone read this yet? Any comments?

How did it goo? The pictures on Facebook look like a  happy time had by all at the wonderful Treadwells.

Michael, I'd love to read an extract of your talk if you ever feel like publishing it.

Looking forward to this with much anticipation 🙂

I'll be writing a more formal review of this release in another venue but I'll respond to Michael C. above by saying that this is GOOD STUFF! As can be expected, Starfire's production is lovely and the frontispiece (a collage by Steffi Grant, similar to the cover) is simply luminous. The opening chapter grabbed me straightaway with its compelling "cast of characters." The stuff of occult conspiracy and mystical unfolding begins moving with the very first page where we meet Vivien Priestlay, a woman who is introduced from the view of her deep or subconscious mind ere we are shifted into the more "mundane" spacetime scenery which functions as form to the essence of her inner drama.

Grant's prose is poetically impressionistic while evocative of decadent detail. I am reading the book aloud, as I do with some of my favorite Lovecraft stories. The language becomes even more vivid this way. The read thus far evokes a myriad of COLORS. Shades of the sinister sweep in and out of the Sacred and my fascination with the figures who make the tale is drawn through a kaleidoscopic lens of language. Reading this material, I feel immersed in an atmosphere where character and intrigue rise and fall within a trans-personal space. This space Grant describes as "the universal pulsings of the One Unvariegated Consciousness." It is trans-personal, yes, but teeming with a myriad of life.

This, mind you, is my impression from Chapter One.

I'm thrilled to push on in and will write my review when through!

It was relatively sparsely attended, due to a variety of factors. The notice was short, there were other events going on, and Grant's fiction isn't as popular as his non-fiction I'm sorry to say. Future Starfire launches will address these factors, beginning with the next two books to be published - Aleister Crowley and the Hidden God by Kenneth Grant, and Beezlebub and the Beast by David Hall - both set for publication this Summer.

Neverthless the launch went well, and was a worthy event to mark the publication of this book.

"einDoppelganger" wrote:
Michael, I'd love to read an extract of your talk if you ever feel like publishing it.

I'll be putting it up on the Starfire website later this week, and will provide a link to it from this thread.

einDoppelganger
(@eindoppelganger)
Member
Joined: 13 years ago
Posts: 915
03/04/2012 11:42 pm
"MichaelStaley" wrote:
Beezlebub and the Beast by David Hall - both set for publication this Summer.

I am so excited for this title. I never knew Mr Hall other than through his work in Sothis and his reputation from friends who knew him in the 80s and 90s. He sounds like a luminary and a truly amazing individual. I feel fortunate to own one of his Grant books with some of his notes inside. Hopefully this book will expose his voice to a larger audience.

Looking forward to it.

"Grist to Whose Mill" arrived today, and your right Michael, it isn't a novel about the country life!

It is a strange fact that many sincere and devoted occultists, I use the term loosely, because it spans both avowedly Thelemic and Pagan communities, have little knowledge or regard for the wealth of occult fiction.  These days it has become something of a misnomer, because following on the meteoric success of Dan Brown's "Da Vinci Code" (well so what ? to anyone with a nounce of esoteric erudition), there has been a cataclysmic avalanche of the mystical thriller.

Kenneth Grant, saturated in the words of mystical rhyme and rythm of Machen, Brodie-Innes, Blackwood and M.R. James, since he learned how to read at all, or so it seems, went on to create and evolve his own particular take on those dissonances in what we casually term 'reality', but which most of us shrug off as 'well that was odd' and then get on with it.

(As a specific aside: I have assumed (in as a yet unpublished essay) that KG only became familiar with the stories of H.P. Lovecraft after their first British Publication in 1951; is it possible that copies of 'Weird Tales' may have made their way across the Atlantic before that date ?  In some sense, I believe that KG suggests an earlier familiarity).

Of course, as magicians we deliberately evoke such things, but it may take a considerable passage of time before we realise their potent imaginings.

'Grist to Whose Mill' - well, I will obtain my copy, eventually, given the will of the gods and a receipt of income that does not collide with fuel-bill demands from npower, bloody hell etcetara.

It has to be said, however, that as an early and apparently discarded work, 'Grist to Whose Mill' is possibly a precursor to 'The Stellar Lode' which according to a footnote in 'Outer Gateways' (I think), was written in 1952.  All in pre-New Isis Lodge days: a fructive period, indeed.

Does 'Against the Light' serve as an introductory beacon to an understanding of 'The Ninth Arch' ?  In my reading, they present an inextricable symbiosis of verdant meaning.  And where is Carfax, prey tell ? Although to be sure, Candleston is a soundly, physically grounded location - have not been there myself, but a lump of its masonry currently resides upon my dusty bureau.

And sometimes the love is in writing.....Satan's Advocaat.

Oh dear, I'm not sure the local officials would be very happy - likewise with KG and the ''liberation'' of the Satyr candlesticks.

We have plans to visit the remains of the Templar Preceptory at Temple Bruer in Lincolnshire in May, watch out for reports of mass demolition in the popular press, (if they can find space from all of this 'Voice' and 'X-Factor' garbage; Tom Jones rules in my estimation, after all he was in "Mars Attacks!").

On Satans Advocate's note, I'd like to say that I personally get as much magickally and one could say spiritually out of occult fiction as I do from more standard metaphysical writings, whether that means KG or Castaneda.  I think the subconscious does store, resonate with and manifest on the ideas it comes across in occult fiction just as powerful as in any ritual or nonfictional treatise.  In some senses, its even more powerful because it speaks to basic archetypes and feeds our imagination, which after all is the basis of much if not mots of our reality , either in perception or filtering...anyone?

Yes I'm sure there is some truth in that. Rituals are symbolic acts combined in certain sequences which influences the subconsciousness in certain ways. As we read books we are as much participants as in rituals, as our imagination and previous knowledge forms how we percept the events taking place in a story (?). Kenneth Grant also throws gematria into the mix to enhance the effect, giving certain words different vibrations (numbers). I really don't know how that works, if he could construct fiction based on the same value system as his metaphysical writings

In this regard it is interesting to play with the thought of transcribing rituals over in sacred letters (texts). AOS claimed one has to read the letters in the right sequence for them to have maximum effect.

With recourse to that reference I mentioned; my recollection was out by one year.  "The Stellar Lode," footnote 40 on page 221 of 'Outer Gateways':

"A tale of Egyptian magic (written 1953), by Kenneth Grant concerning a terrestrial focus of the Star of Nu Isis."

about the launch I cant find any photos of it on starfires facebook. Do they exist? 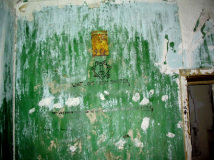