Yes, my wife and I flew around the contemporary Boleskine Manor in this HQ drone video. I like3d the way high-up verview that gives one a better sense of what Loch Ness is like.

Does anyone know where the money is coming from?

Does anyone know where the money is coming from?

I haven't seen the patrons mentioned, but the end goal is to offer holiday cottages to tourists. Any borrowed funds would therefore be subject to the required "business plan," which lenders need in order to determine that a sound plan for the return of the funds is in place. You can try to advance book your cottage if you're interested.

I can go holiday in my head I think.

Crowley also was an advocate.

Though  i do miss airplanes, I do miss foreign climes.

This must have been a critical crisis point in your career. It was probably a choice between taking Prozack(TM) or becoming a Prophet(TM). Since you are revealing this epiphany here, it seems you have taken the harder of the fork in the road. Like all prophetic Prophets, people will now throw stones at you.

They eventually discover things, believing they're the first to have done so, completely forgetting what you told them long before that and for which you received ridicule and disbelief ...

Oh, I see you have already gotten stoned.

... if not outright ostracized or burned as a heretic.

Right. We heretics need to band together in a mutual admiration society. Then we can move on to Ch 3.

Ignorant and superstitious, they really haven't changed for thousands of years.

The present breakup and destruction of civilization, as predicted by Therion, or one of his aliases, is now moving to speed up the changes.

Whatever we see or otherwise perceive is called by the heathen (but advanced) Tibetans as one's karmic vision. That is, whatever's going on out there is nothing more than the 3D movie projected from one's head and debt.

If this is true, then we are all phucked. Anyone can take the first step in getting out of the muck by selecting a proper hammer to use on their not-so-smart-fone. 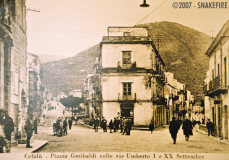