How Brit sex cult leader followed by Kanye & Peaches made fans drink semen & cat's blood - and wanted them to DIE during orgasm (thesun.co.uk)

The infamous satanist has been dead 70 years - but his evil legacy lives on in his thousands of followers, who had included major celebrities like Peaches Geldof and Kanye West.

Crowley, who founded his own dark religion, Thelema, was so evil he was branded the "Master of Darkness" and "Wickedest Man in the World" by the press.

But this hasn't stopped a number of celebs following his teachings, including the late Peaches Geldof, who got a tattoo relating to one of his groups and encouraged fans to buy his books.

Rapper Jay-Z was also spotted a few years ago wearing a T shirt featuring Crowley's motto "do what thou wilt", and Kanye West has worn jewellery of the Egyptian god Horus and pyramids, the symbol of Thelema, sparking rumours that he too is a follower.

Controversial rocker Marilyn Manson, who has also faced accusations of black magic throughout his career, has even referred to Crowley as one of his "favourite" authors.

As images of the inside of Crowley's home are released for the first time, Sun Online takes a closer look at his sordid life, from his sex cults to rampant drug use and sick rituals.

This topic was modified 4 months ago by dom

I clicked your link and see this article is from 2018.

This is slightly encouraging as I thought it amazing that the same old pile of garbage was making the rounds at the end of 2020.

What Jay Z does is as inconsequential to my life as Madonna's views on the Qabala.

The Press will sell whatever shit the people will gobble up. In fact, they need to sell this shit to stay afloat.

I wonder why folks feel the need to search out this lower level astral crap ... and then bring it here? What ever happened to refine your rapture?

I wonder why folks feel the need to search out this lower level astral crap ... and then bring it here? What ever happened to refine your rapture?

Section of forum:  Crowley in the media; News Articles.  If there's a lower astral News Articles section then I'll put it in  there.... but I don't see one.

Section of forum:  Crowley in the media

Yes, I understand that this is the AC Society, and I know about the different Halls of Exposure. However, my question revolved around the words ...

I wonder why folks feel the need to search out

But then I see I have erred. In my mind, which is disintegrating daily, I thought I had written,

I guess either one will do, and they both can employ the same technical arrangement.

What is your (reference) point here?  The last post, a previous exchange, the thread in general, what?

If there's a lower astral News Articles section then I'll put it in  there.... but I don't see one.

Have you not thought of asking Paul to create one?

People may wonder who or what you are swearing about, if you don't put your vulgarities in context.

What is your (reference) point here? 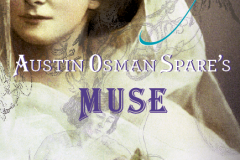