Aleister Crowley: Magick, Rock and Roll, and the Wickedest Man in the World

I had the enormous privilege of speaking at an event in London where one of the other speakers was Gary Lachman.

Due for publication in April 2014, details are necessarily very brief, but as a taster: 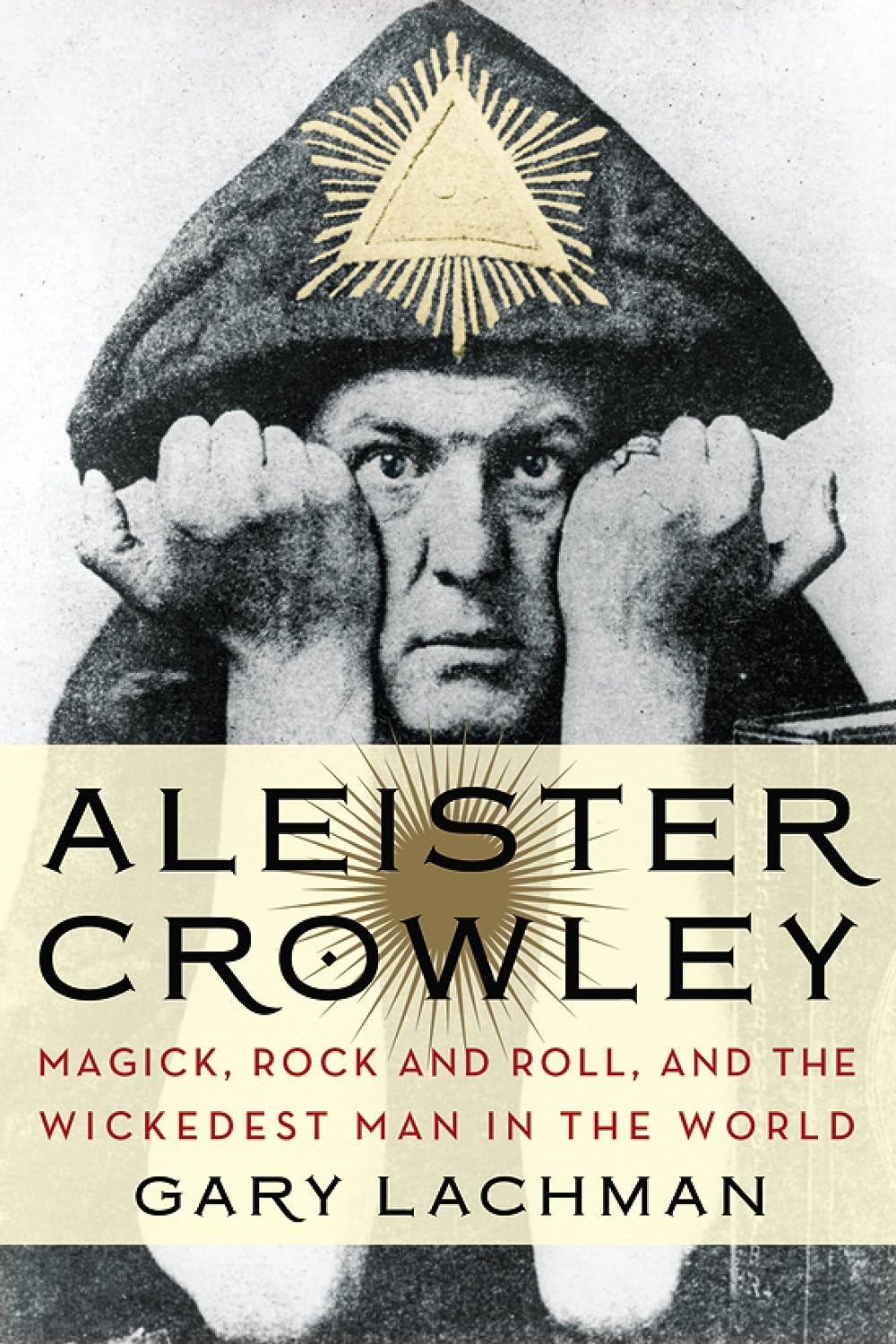 Very interesting book... will be looking forward to this.

This definitive work on the occult's "great beast" traces the arc of his controversial life and influence on rock-and-roll giants, from the Rolling Stones to Led Zeppelin to Black Sabbath. When Aleister Crowley died in 1947, he was not an obvious contender for the most enduring pop-culture figure of the next century. But twenty years later, Crowley's name and image were everywhere. The Beatles put him on the cover of "Sgt. Pepper's Lonely Hearts Club Band." The Rolling Stones were briefly serious devotees. Today, his visage hangs in goth clubs, occult temples, and college dorm rooms, and his methods of ceremonial magick animate the passions of myriad occultists and spiritual seekers. "Aleister Crowley" is more than just a biography of this compelling, controversial, and divisive figure--it's also a portrait of his unparalleled influence on modern pop culture.

Sorry to be a Rock and Roll Party downer, but Gary Lachman's past observations on Aleister Crowley have been distinctly "ho, hum" in my opinion.
Highly original cover though  ::)

I've enjoyed several books by Gary Lachman since I first read his Turn Off Your Mind. However, his biased and ignorant opinion of Crowley (which seems similar to his mentor Colin Wilson's opinion) has always bothered me. I'll give those unfamiliar with his books a little example of what I'm talking about. Here is a footnote to the little section on Crowley in his A Dark Muse: A History of the Occult: "Books about Crowley are numerous. The best remains John Symonds' The Great Beast..." Is he kidding here? His view of Crowley so far seems to be only informed by such works. He treats the subjects he likes (Ouspensky, Jung, Steiner... people like that) with much more sympathy and better research. So with that, I am very curious to see what this new book is really going to be about. Maybe he actually looked deeper into the man and changed his opinion of him. However, the title of this new one seems a little on the sensational side.

EDIT: Looking at that little blurb about the book posted above... what has not already been said to death about all of that?

King James is now semi-retired and there are simply scads of Bible translations. (A "scad" is a 'bunch.")

Sometimes people write because they're sorting the subject out for themselves, Sometimes they think they can explain the subject better or from a different viewpoint. If they actually end up by simply repeating the same olde stuff that we know to be sensationalism, then they're just hacks. (A "hack" is a taxicab, plus many other meanings). One Bible translation is pretty much like another, although slight variations occur, and most good (as in "reasonably accurate") AC biographies basically tell us the same story.

There is always reason to wonder when "The Wickedest Man ..." cliche is bannered about. At least the author seems to be doing the AC -> Rock'n'Roll connection, and he does come out of that profession.

Anyway, somebody's bound to read the book and give us a review. Then we'll know more.

I didn't say the book won't be amusing and/or entertaining or not worth looking at. Lachman's books (the handful I've read) so far have been fun reads. His Turn Off Your Mind* was quite good in my opinion but it did have a sensationalist bent to it. However, one could argue that the topic itself lends itself to sensationalism or that the sensationalism (the mythic-narrative) actually better captures the "spirit" of that time period. 😉 This new book seems like it may just be an extended chapter of TOYM as his take on Crowley in it was much like what the above title suggests. I guess we'll see. I wasn't necessarily trying to dissuade anyone from taking an interest in this book. I guess you could say I was just elaborating a little on what Satan'sAdvocaat had said as I tend to agree.

*I actually favor Paul Weston's slightly similar but much more informed Aleister Crowley and the Aeon of Horus.

I am completely underwhelmed by the prospect of this book.

“Magick, Rock and Roll [not ‘”Rock’n'roll”?], and The Wickedest Man In The World” (not ‘The Man Who Sold The World’…]  Says it all really, doesn’t it?  The rest of the book will have a hard job living up to the title!

Oh, and er…yes, loved the cover…

This book is now available by the way.

I received an advance copy, as a token of apology from Tarcher/Penguin. They had copy-and-pasted about 1000 of my words about Aleister Crowley in a blog entry to promote Lachman's book. (Their plagiarism has now been taken off their blog after I issued a DMCA takedown notice.)

I found that there was nothing insightful, nothing humorous, nothing entertaining about any part of the book. It's completely boring and  plays into the tired old sensationalism -- suggesting there are rumors that Crowley murdered people and so on.

lashtal
(@lashtal)
Owner and Editor Admin
Joined: 17 years ago
Posts: 5330
Topic starter 11/06/2014 11:17 am
"thiebes" wrote:
I found that there was nothing insightful, nothing humorous, nothing entertaining about any part of the book. It's completely boring and  plays into the tired old sensationalism -- suggesting there are rumors that Crowley murdered people and so on.

Thanks for your post, Jopseph. I was following your conversation on Facebook and saw your comment on Amazon.com. I was also aware of the rather shameless copy/paste by the book's promoters of your AC2012 site.

It's important, of course, not to judge a book by its promoters' misguided enthusiasm, but you do have an advantage on most of us in that you've read it. I was promised a review copy but it never appeared - which is perhaps at least a little surprising - so I've purchased a Kindle copy and will give my verdict when I've completed it. Breaking my usual rule of not reviewing anything I've had to pay for, I might add!

As you can see from my original post, I had high hopes for this book. Gary was an engaging and intelligent speaker at an OTO event in London at which I also gave a brief lecture.

As an aside, I'm looking forward to seeing Tobias Churton's new work on AC in Berlin, to be published later this month. Another publisher apparently failing to meet a promise to send a review copy: in this case, I'm told the explanation might be use of an image from this site without approval. Time will tell!

it will certainly be interesting to see which image will be used in Churton's book without approval.  Seems to be a lot of sticky fingers going around these days…