Forgive me if this subject has already been broached but it seems overwhelming to scan all of the threads in search of this one question.

Recently, I ordered Aleister Crowley's Thoth deck from chapters.ca, despite a Frater informing me that it was no longer in print. About two years ago, I had ordered this deck from the same source with no problems obtaining it and all looked to be well and dandy this time around until a month went by... Then two... Then three, until finally the phone rang, where it was relayed that the order itself had been canceled due to unforeseen fuzzy circumstances.

Has this deck been officially put out of print?

Is there anyone on this web site who would be willing to forward one, or sell one, for sake of the Work?

Or do you know where I can obtain one for a reasonable price?

They are still available from this site, http://www.tarobearslair.com/ in all three sizes. The details are a bit confusing to me, but my understanding is its a copyright issue/supply issue and so the decks that have been around for some time are OOP, but a new edition is coming under the sanction of the OTO that is apparently superior.

Try www.tarobearslair.com - I was able to get my wife a replacement deck there recently for a reasonable rate.

Just tried to order one from the site referenced and it came up with:
"More on their way! Check back soon!"

There are a few just noticed on Ebay for decent prices, though subject to outbidding.

The real question becomes, can you order these cards at all from anywhere else right now? And if not, how long it will take to get the new edition up and ready for distribution? Perhaps it's worth a shot to try to contact the O.T.O. myself for more information.

I don't know of anywhere else you can order them from at the moment, that link is the only place that had reliable stock based on the advice of a big group of tarot collectors. They have sold out before, but got it back again, it would be worthwhile to keep checking with them.

You can order a German language version from Amazon.de. It's a different printing, the colors are different etc.. but its another option.

Hmm, I've checked several sources that have stocked the Thoth recently (Tarotbear, Tarot Chest, Alida Store) and they all seem to be out of stock of the Swiss printing and the German. I'd recommend checking back with Tarotbear in a week or two. They've been able to keep the AG Muller printing in stock regularly. They may just be out of stock after the holidays? I personally know about half a dozen folks who ordered decks recently from Tarotbear, and they had all three sizes in stock just prior to Xmas. Good luck!

I found it very difficult to find them (ordered several on Amazon only to be told they were out of stock). Tarobear is usually in stock (he had LOTS before xmas), I am surprised he is out. You can order them from my site --- a work in progress, so the cart is not up yet, but the deck count is accurate. Email the info address and we can arrange paypal.
http://www.crowleythoth.com

I had trouble finding it a while back myself. All I could seem to find were some on Amazon at the time, and they were quite dear at that. I ordered one from a site as well, and after a few months of waiting, the order was cancelled. I was getting ready to save up and pay for an expensive one on Amazon, but happened to attended the Féile Draíochta festival in Dublin before hand, and the exact pack I wanted just caught my eye on display from a vendor!

Go figure, a friend who isn't really associated with Thelema or Crowley offered up a deck he just happened to have floating around, after putting this request out for over a year in several places. Still, an e-mail has been fired to the U.K. O.T.O. secretary. I'm not sure if they'll get back to me or how quickly but any details that come out of that correspon-dance will be posted here.

Thanks Crowley Thoth. I'll keep this page in mind for anyone inquiring in the future. At least there your site was able to be plugged through this thread. Success in your Work!

I have recently bought a deck (and there were plenty available!) at the Atlantis bookshop in London which has an online shop and does international mail orders. AC was a customer of the same store.

"AC was a member of the same store", T'was a long time ago.

The secretary of the E.G.C. confirmed today that the new Thoth Decks have already been issued (with favorable reports about their improved clarity and quality of reproduction).

Your references appear to be to, respectively, decks issued in 1972 and 1995.

Egad!!! I trusted my source and didn't check the references... A grievous mistake.

You're absolutely right Jason, these don't look like anything new at all, appearing to be just regular editions of the versions of the deck seen mostly in the last two (or more) decades. I should have checked before posting... Back to the drawing board. Will have to shoot another e-mail off and see what response comes in. Don't want to hash this thread into the ground but the deck isn't as easily obtainable as it used to be and any more information obtained about the newer versions I've been told are already in print will be posted here.

Iris, I believe your source was correct, though the ISBN has changed. I just received a fresh copy of the large format, English language Thoth deck published under the auspices of OTO by AG Mueller. ISBN: 978-3-905021-60-8. Paid $49 for it.

Tarobear's site has all three sizes back in stock. Just checked earlier today.

It seems that Thoth Tarot is again available via US Games. They announced
The large Thoth Tarot Deck for 25 dollars:

Also, they have Swiss poketsize Thoth Tarot Deck for 16 dollars

Also, magus books announce that Thoth tarot is not yet available, as a date is announced february 2010. One can pre order and it will be ship it as soon as it becomes available. But I can't find this on Amazon yet. I hope this was helpfull.

I hope this was helpfull

Thanks for this update! This is great news. My deck (purchased almost 2 decades ago served me well-but was no match for my toddler's "terrible two's!" The cards I salvaged got relegated to bookmark status and I've been needing a replacement ever since!

weird, I got mine at Barnes and Noble and see them there all the time. A shop up the road from my house has an O.T.O. issued deck from like 1984 or something for only $25-30 though, and I had considered nabbing it up, but I'm not too big on buying things just for collectable sake.

I saw someone mention Magus Books up there, I love that store! They have the best selection of oils and incense in town.

I saw a bunch on ebay this week.Its the same swiss made muller thoth deck i am learning, for around 30 dollars or so. Should still be there.

The Thoth Deck is readily available at retail prices (US$16-30 in various sizes etc.). You just have to know where to look. TaroBear's Lair, U.S. Games, and Magus Books in the U.S. all have them. I have recently posted about these with direct links on my new blog: Buying Crowley Books.

If anyone sees other good deals or rare finds that would be good to post on that blog mentioned above, let me know! 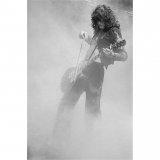