Firstly, this thread is here to make you aware of this religion, nothing more, nothing less. If you believe these things, you are an Aiwassian!

Aiwassianism has existed in secret* since the writing of The Book Of The Law. We believe that God is infinite and ever-changing, God pervades and interpenetrates every part of the universe, that God is also beyond the physical, material universe. We recognize God's form as "Nuit" and "Hadit", the perfect union between the finite and the infinite - this is the nature of God; love. Ra-Hoor-Khuit, one of the many forms of God, is our visible object of worship. Ra-Hoor-Khuit contains within it all possibilities (is both male and female) and moralities, it is the reflection of Nuit and Hadit. Aiwass, is the voice of Ra-Hoor-Khuit. As followers of Aiwassianism, we are followers of the voice of God.

Firstly, it should be understood that Aiwassianism isn't entirely separate from regular Thelema but it is distinct for a number of beliefs which are not agreed upon by all Thelemites, generally speaking.
Aiwassianism is not a magical, mystical or esoteric system - it is the often misidentified religious portion of Thelemites.
We accept The Book Of The Law (Liber AL Vel Legis) as a genuine message from God, which is contrary to regular Thelemic ambiguity. We do not accept Aleister Crowley as an authoritative source, including his Class A books. Aiwassianism rejects Crowley's doctrine of "Will" altogether, seeing it as merely Crowley's own interpretation. Followers of Aiwass dedicate themselves to Ra-Hoor-Khuit, Nuit, Hadit - the avatars of God, and the message of The Book Of The Law. Magical practice is not at the core of Aiwassian doctrine but we do not shun it.
Bless you all!

(* As it is not taken up by Crowley, A.A. or the OTO - being major influences on Thelemic orthodoxy)

I appreciate you sharing this, thank you

What's in a word anyway?

Grotesque bastardizations by people scared of Crowley the man but who cannot deny the beauty of the Book of the Law.

@ot313 From what I can see, it just doesn't accept Crowley's interpretations (including "Will") and is non-mystical/magical (according to the facebook page)
There may be people who are big fans of Crowley but remain Aiwassians?

All three of you?

Aiwassianism has existed in secret* since the writing of The Book Of The Law.

I guess that's why I never heard of it? Not a secret any more. From what I understand it's now a cult start-up. An offshoot of the facebook cult.

They can't be separated.

If they must start their premise with a lie, there is your evidence of delusion.

Probably an UNORTHODOX we/group which modeled or likened unto themselves as Aiwass and existed before it was available to be read .

@ot313
Thanks for the correction .

The proposition of a literal, metaphysical following of The Book Of The Law, is not a new development of Thelema and is in no way an invention of my own. The term "Aiwassianism" however is new, yes. Is it; putting a name on, what I believe to be the truth of Aiwass. This is a religious belief, and I respect any disagreements with it.

@ot313 We believe Aleister Crowley's Holy Guardian Angel theory to be his own self-gratification and we reject the idea that such a thing as a HGA exists. We believe Aiwass used Aleister Crowley only as a scribe (who rebelled against Aiwass and by extension, God), nothing more.

The proposition of a literal, metaphysical following of The Book Of The Law, is not a new development of Thelema and is in no way an invention of my own. The term “Aiwassianism” however is new, yes. Is it; putting a name on, what I believe to be the truth of Aiwass. This is a religious belief, and I respect any disagreements with it.

What country did this secret religion begin in? Did it begin before or after Aleister printed the first edition of Liber Al? What year? Who founded it? Is he/she still alive? Who is "we"? Is it two people or a thousand people? Does everyone in this secret society/religion remain anonymous? Are they any plans for the future beyond the facebook page or the postings here? Do you have regular meetings or magick rituals?

Ass is in ma wai

ma ass is in wai

ii I was ass man

Not everyone dismisses the considerations that Aiwass is an Entity/God of greater order than human and that Aiwass isn't Crowley's HGA.

There was no mention of other revelations from Aiwass in your post or easily noticed on the facebook page. In my travels a claimed Aiwass dictated book published as The Book of Perfection was presented to me with some ideas similar to Aiwassianism.

While listening to the history of the book, including the ideas about Aiwass being a God/Entity, I was told there was some brief contact with the scribe of Liber 440 and then members of current and future significance of two temporal OTO through the publishing house in the 1970s. How deep and on what conscious levels other than physical contact was made is unknown. What everyone took away from contact is equally a mystery. Those specifics(as they are) that I'm giving here could be my misunderstanding of a conversation that took place 20 years ago in October. There may be something about it in Koenig's material somewhere. It's unlikely anyone else will step forward that knows about it directly to clarify. Who knows though, maybe they'll feel compelled.

There were some differences in the beliefs described to me and Aiwassianism. However, there are some key similarities, as mentioned in the opening sentence to this post.
Take a look at Liber 440, if you haven't. If it is your jam ul a copy to your facebook and preserve it. If you have read it and would like to share your thoughts briefly on Liber 440's relevance to Aiwassianism that would be wonderful.
This "religious" approach to The Book of the Law is intriguing. It might contribute to filling in a void in Thelemic outer world culture from the merging of EGC with the OTO.

Link to The Book of Perfection : http://www.aiwass.com/Liber440.pdf

If I order a gold wedding ring from online, should my love be named for Amazon.com or for the post office? Whichever makes me less embarrassed to be associated with.

You get it, and you got it!

The Messenger (the metaphysical one) was, however, unique to Frater Perdurabo.

We each have our own holy solar messenger.

Atma, the universal Self, is so far away that he/she/it causes said messenger to arise at Tiphereth, and to have a chat with the mundane dame or dude.

Then the messenger/angel/anima leads the dame or dude to a place where the trip to visit Atma departs. And there the messenger takes off, leaving the poor candidate right at the event horizon of a black hole.

The candidate falls into the black hole, his or her separate identity is wiped out, and he or she experiences Atma directly (via gnosis), the mind having been sent aside.

Then the candidate does his or her duty (Will) and performs some cosmic task that affects the collective unconscious, thus qualifying for Shivatmadarshana (the vision of seeing the universal Self disintegrated) and he or she is liberated from all concerns.

In light of this exposition, I move to name the system after the process, which is a gradual but graded approach to Nothing. Or it could be called 61.

@ot313 Aiwass is not simply a 'messenger', nor an angel or HGA. Aiwass is the voice of god. The Book Of The Law mentions one absolute God, which is a composite of a perfect union between all qualities. Horus is the image, Aiwass is the voice. We don't worship the Aiwass aspect of God's composite, we worship Horus'. We however, follow Aiwass' guide.

"The Messenger (the metaphysical one) was, however, unique to Frater Perdurabo.

We each have our own holy solar messenger."

We do not believe this, no.

I thought Crowley/Thelema was already religious/spiritual? There isn't much about it that isn't religious. Plus look at the endless mentions of "my God" or "My lord" all throughout the Class A books or the basic foundations of Kabbalah in Thelema, which is not psychological - it's man's relation to God via the tree of life.

It seems as though people are afraid to admit that it's religious because calling anything 'religious' nowadays is considered negative, or believing in the existence of God or metaphysics is somehow considered "not cool" with the occult, what happened to Thelema?
Current beliefs don't seem to match up with Thelema's roots.

I think this Aiwassianism thing is good to think about because it inadvertently puts emphasis on the many schisms within both Thelema and Crowley's work.

We don’t worship the Aiwass aspect of God’s composite, we worship Horus’. We however, follow Aiwass’ guide.

Who are "we"?? "We" have the right to worship any God they want but I call b.s. on this being anything but an "idea" and "conversation" a few people had over a joint or two perhaps for the last 20-30 years. Have "we" ever met in a group setting? Have "we" ever published written accounts of their philosophy? What country does "we" live in. Thelema is a recognized religion by the British Government. I appreciate that "we" wish to remain anonymous (as many on Lashtal prefer to do) but this is sounding like something you've thought about for years and hasn't actually manifested in reality until you made a facebook page and gave it a name.

Personally, I'm thinking more and more that Aiwass is an ego construct and false guide of Aleister Crowley, not the true Holy Guardian Angel.

Horus appears nowhere in the Book of the Law. For literary convenience you may refer to Horus, but it is inaccurate and incomplete like how some refer to Nuit as Isis.

"Behold! it is revealed by Aiwass the minister of Hoor-paar-kraat"

The administrative secretary of 1/3 of the dieties mentioned. A function like a scribe.

Elmach: Personally, I’m thinking more and more that Aiwass is an ego construct and false guide of Aleister Crowley, not the true Holy Guardian Angel.

Personally, I would like to address your "Personally" and advise you that you are personally correct in your "thinking more and more" theorem.

If it (anything, including HGAs) has a name, it's on this side of the great gap in consciousness called The Abyss. If it has a form, or any associated thoughtform, then it's over here on the Ego-dominated side of things.

This is how religions get started. This is how schisms originate within greater structures.

I guess Aiwassianism is to Thelema as Catholicism is to original gnostic Christianity? Or perhaps even to Mithraism as Christianity is?
A weird sect that may or may not take off, with a Holy Creed or Injunction that Aiwass is the 'son' of 'God' and we must worship Him through Him and only through Him? and there is no such thing as individual holiness or Will because God is all lol

This "sect" mostly likely is a party of one.

Of course, this is fully in the AC tradition of grandiose claims, writing under multiple pseudonyms/grade names etc (the Equinox was what we would call today an exercise in sock-puppetry), but at least he made the effort to create the impression there was more than just him behind his various fronts.

@Shiva That's crazy, I have always been under the impression that the Holy Guardian Angel idea is intentionally misleading, in order to draw non-religious people (and anti-metaphysical people too) into Thelema - a blind perhaps? 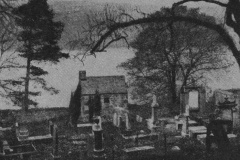