The New Comment: "[...] There is perhaps a magical second-meaning in this verse, a reference to the Ritual of which we find hints in the legend of Cain and Abel, Esau and Jacob, Set and Osiris, et cetera. The "Elder Brother" within us, the Silent Self, must slay the younger brother, the conscious self, and he must be raised again incorruptible."

The Vision and the Voice, The Cry of the 2ns Aethyr, Which is Called ARN: "In the first place, there is again the woman riding on the bull, which is the reflection of BABALON, that rideth on The Beast. And also there is an Assyrian legend of a woman with a fish, and also there is a legend of Eve and the Serpent, for Cain was the the child of Eve and the Serpent, and not of Eve and Adam; and therefore when he had slain his brother, who was the first murderer, having sacrificed living things to his demon, had Cain the mark upon his brow, which is the mark of the Beast spoken of in the Apocalypse, and is the sign of initiation.

The shedding of blood is necessary, for God did not hear the children of Eve until blood was shed. And that is external religion; but Cain spake not with God, nor had the mark of initiation upon his brow, so that he was shunned by all men, until he had shed blood. And this blood was the blood of his brother. This is a mystery of the sixth key of the Taro, which ought not to be called The Lovers, but The Brothers.

In the middle of the card stands Cain; in his right hand is the Hammer of Thor with which he hath slain his brother, and it is all wet with his blood. And his left hand he holdeth open as a sign of innocence. And on his right hand is his mother Eve, around whom the serpent is entwined with his hood spread behind her head; and on his left hand is a figure somewhat like the Hindoo Kali, but much more seductive. Yet I know it to be Lilith. And above him is the Great Sigil of the Arrow, downward, but it is struck through the heart of the child. This Child is also Abel5. And the meaning of this part of the card is obscure, but that is the correct drawing of the Taro card; and that is the correct magical fable from which the Hebrew scribes, who were not complete Initiates, stole their legend of the Fall and the subsequent events. They joined different fables together to try and make a connected story, and they sophisticted them to suit their sociall and political conditions. [...]"

Book of the Law, Chapter III, verse 72. : "I am the Lord of the Double Wand of Power; the wand of the Force of Coph Nia--but my left hand is empty, for I have crushed an Universe; & nought remains."

The New Comment "[...] apparently Ra Hoor Khuit had an Universe in his left hand, and crushed it so that naught remains. I think this "Universe" is that of monistic metaphysics; in one hand is the "Double Wand", in the other "naught". This seems to refer to the 'none and Two' ontology outlined in previous notes."

The Vision and the Voice, The Cry of the 1st Aethyr, Which is Called LIL: "[...] And so shalt thou break down the fortress that guardeth the Palace of the King my son. And thou must work by the light of the Star and of the Moon and of the Sun, and by the dreadful light of judgment that is the birth of the Holy Spirit within thee. When these shall have destroyed the universe, then mayest thou enter the palace of the Queen my daughter. [...]"

I wonder what the " Pun that is Key to all the Work", is?

belmurru
(@belmurru)
Member
Joined: 15 years ago
Posts: 1092
07/09/2014 4:56 pm
"wellreadwellbred" wrote:
Footnote number 7 to The Cry of the 1st Aethyr, relating to the above just quoted part of The Cry of the 1st Aethy: "This passage is quite spurious, a vague and false reflection of the true voice, which was a lyrical sequence of the Atus of Thoth {WEH Note: In this Word lurks a Pun that is Key to all the Work.}"

I wonder what the " Pun that is Key to all the Work", is?

Since "WEH" means Bill Heidrick, why not ask him? 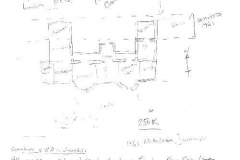