Just a shameless plug of my new book Magick Without Fear: The Gerald Suster Letters... 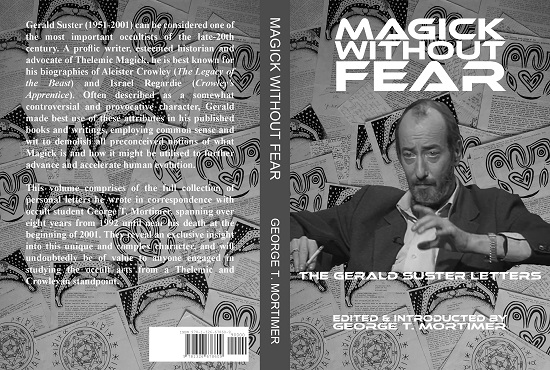 'Gerald Suster (1951-2001) can be considered one of the most important occultists of the late-20th century. A proflic writer, esteemed historian and advocate of Thelemic Magick, he is best known for his biographies of Aleister Crowley (The Legacy of the Beast) & Israel Regardie (Crowley’s Apprentice). Often described as a somewhat controversial and provocative character, Gerald made best use of these attributes in his published books and writings, employing common sense and wit to demolish all preconceived notions of what Magick is and how it might be utilised to further advance and accelerate human evolution.

'This volume comprises of the full collection of personal letters he wrote in correspondence with occult student George T. Mortimer, spanning over eight years from 1992 until near his death at the beginning of 2001. They reveal an exclusive insight into this unique and complex character, and will undoubtedly be of value to anyone engaged in studying the occult arts from a Thelemic & Crowleyan standpoint.'

Been meaning to purchase this for a while, thanks for the reminder.