AC On Thelemic Catholicism and Islam

It means "In Islamic countries, men having sex with men is much more accepted than in England."

I find myself doing this a lot. It's so tedious (TDM) to go looking for those tiny details, buried in digital digits on one of my four computers. If I had to look things up in thick hardcover books with paper pages, it would be difficult and it might disturb the small island in my mind reserved for tranquility (DMT). Of course, most memories are faulty, which is either a deliberate glitch inserted by the creator, or too much time on the isle of tranquility. So if you get just one word wrong, some hyper-critical critic will attack you, or your memory (MEM), and cause you to lose face on a public forum ... unless your face has already been erased. So, please, let's hear/read the memory feedback ...

"You idiot!" The Sufi shouted, kicking in the beggar's rib-cage. "If you go on praising him like that, he'll keep making those godawful melons!"

Sufi tales are like Zen stories. In this case, this was/is a Sufi tale about a bad Sufi who is so self-centered that he commits one stupid act or thought or curse after the other. This tale is obviously drawn from yesod (territorial circuit = shade)(thirst = desire)(beating wretched crawlers = dominance). The relationship to higher states is definitely personalized, selfish, and perhaps a bit superstitious. The tale serves as an example of how the lower religious aspects of one's mind work, which is pretty much how a stone-ager would think about such things.

Khidr/Khezr is one of the afrad, the Unique Ones who recieve illumination directly from God without human mediation; they can initiate seekers who belong to no Order or have no human guide; they rescue lost wanderers and desperate lovers in the hour of need. Uways al-Qarani is their historical prototype, Khezr their ahistorical prototype.

This is an interesting precedent for supporting the idea of "self-initiation," without a guru or taking an oath to some invisible clan.

Alice Bailey would not see the distinction. She maintained that all initiation was internal, and that the external stuff was riot really real, unless it included officers that really represented the officers being represented. As an example, the Neophyte/Aspirant/First Degree/1=10 would require an initiating officer to be at (or at least channeling in that moment) Tiphareth, with the elevator shaft to Kether wide open.

It's nice to know that there are independent rogue devas who go around looking after wild sannyasi like Ignant has professed to be.

and this is why the number of the Afrad is indeterminate and uknown.

And this is why they do not know well the other.

Excellent. there are but three grades, the King, the Master, and the Afred of Earth. Do what thou wilt shall be the whole of the Law. There is no divergent stream withing the kingdom .

Crowley ... loved the initatic version of Jesus of the Gnostics

Right. He proclaimed himself "the new Christ" (somewhere, I think in 333). Anybody around here who has a beef with organized Christianity needs to pay close attention to the initiation process as openly portrayed by the initiate, Jesus-Emmanuel, as he walks among humanity, so that everyone can clearly see the Path from Bethlehem to Jerusalem, being the First Degree up to Golgotha, the Abyss. The initiations up to 8=3 are clearly delineated.

It is likely, and easily traceable historically, that Jesus of the Bible was a composite figure, embodying other Mithraic and Dionysian figures ... the whole of which can be traced back to the Osiris legend.

Now, as for those religions, based on any of this fantastic stuff, the antichrists among you have free rein/reign/rain to expose their lies. Jesus was said to say, "The kingdom of God is within you." He did NOT say, "You need an intermediary to get into the kingdom ... after death." That, right there, is the lie that supports a black kingdom. Several black kingdoms, in fact.

"stares facts in the face".  Does anyone understand this statement?

Virile means manly, and Islamic is very manly, not wimpy or womanly. Also, it spreads its seeds in a wild oats manner.

Facts in the face: See the famous Blog by Los, or ask him on Reddit. It's a sort of mundane existentialism tinged with fanatical aggression. The "facts" are similar to Mao's insight: "Justice comes out of the barrel of a gun."

These definitions have been provided without reference to The Scriptures or to Wikipedia, and are based entirely on my distorted perception of truth.

Of course, the opposite is now true.

I am glad we have found a deva (angel) that guides you ... without all that messy signing up with some version of The One True Order (on Earth) or one of its counterfeit imitations among men.

Do you have an insight into your Afrad? Other than the mouse and the tattoo?

It means "In Islamic countries, men having sex with men is much more accepted than in England."

The afrad (if afrad they were) were multiple. They were very tall (as in "heads in the clouds" tall), and talkative.

Given all of the apparent plus points expressed vis-a-vis (Esoteric) Islam, why then do you think the author of Liber Legis held the reservations against it as a 'crapulous creed' which were set down in III:52 ?

That's commented upon in the very first quote from Crowley's commentary in my post you're referencing.

Yes indeed, Crowley's commentary was commented upon there, but I was wondering if your own personal opinion and take on it (='comment') might have differed from the "official" pronouncement in any particulars.

Jesus has tremendous significance in a lot of Thelema, heck read Liber 100.

I would disagree with it being of "tremendous" significance (marginal, possibly).  Liber C (=100) was an "instructional" paper of the O.T.O. IXth degree.  Nearly all of the ones which Crowley wrote for this (and for the VIIth and VIIIth degrees) at the time were done to find favour with the rather Old Aeonish O.H.O. Theodor Reuss, whose big thing (at the time) was not so much Thelema as what was regarded in the Order as "Gnostic Neo-Christianity" (otherwise, an esoteric aspect of the same).

The exoteric aspect [...] is what is trampled upon and opposed; the esoteric part however is strongly cherished and seen as a true gateway towards the underlying unity in all esoteric religion, and unified knowledge in general as all religions contain profound indispensable knowledge beneath, stuff laymen wouldn't even dream about.

Where is the "esoteric part strongly cherished"?  In terms of the Liber Legis injunctions (and in spite of what Liber Porta Lucis and Liber Librae [later] went on to say), the baby is most thoroughly thrown out with the bathwater with RHK's comprehensively curt dismissal.  For example, there is no "Curse them! Curse them! Curse them! Oh, apart from the good bits which I cherish strongly"...

Yeah, it's toward the end.

It's one of those Aghora disgusting things that's supposed to lead to divine indifference. (I'm speaking of the excreted chapter Ignant mentioned). It helps to be naked, live in a cremation yard, and eat/drink out of some poor dead person's skull.

None of this stuff is included in the A.'.A.'. curriculum. These are all elective courses. Ask your Angel which ones to take. Do not ask Bartzabel. Or you can just relax, do the work, and your very own personal home-study courses will arise of their own accord. Banish every now and then to keep our honour clean.

I thought he meant by virile that your average Mulsim priest could kick the ass of your average Church of England vicar. 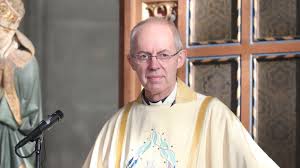