Feast of Fools is a series of two-headed talks by an unlikely pair of occultists. Stuart Sudekum, a straight-laced historian and Golden Dawn scholar, brings fiery new life to ancient traditions. Stefano Black, a body-modded psychonaut and chaos magician, plunges into the dark unknown with postmodern meditations on the bleeding edge of mystical thought and practice.

The series is named for a medieval festival that handed over the powers of church and state to the lowest members of society for a day. In keeping with the tradition of its namesake, each Feast of Fools event is a working aimed at putting serious tools for spiritual development into the hands of people who are often subjected to nonsense and out-and-out charlantry.

Whether you are a seasoned occultist or just looking for a point of entry into the art and science of mysticism, you will find something to satisfy your appetite at the Feast of Fools. Complimentary wine and finger foods will be provided. 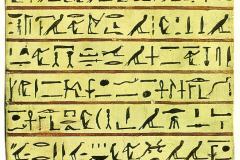