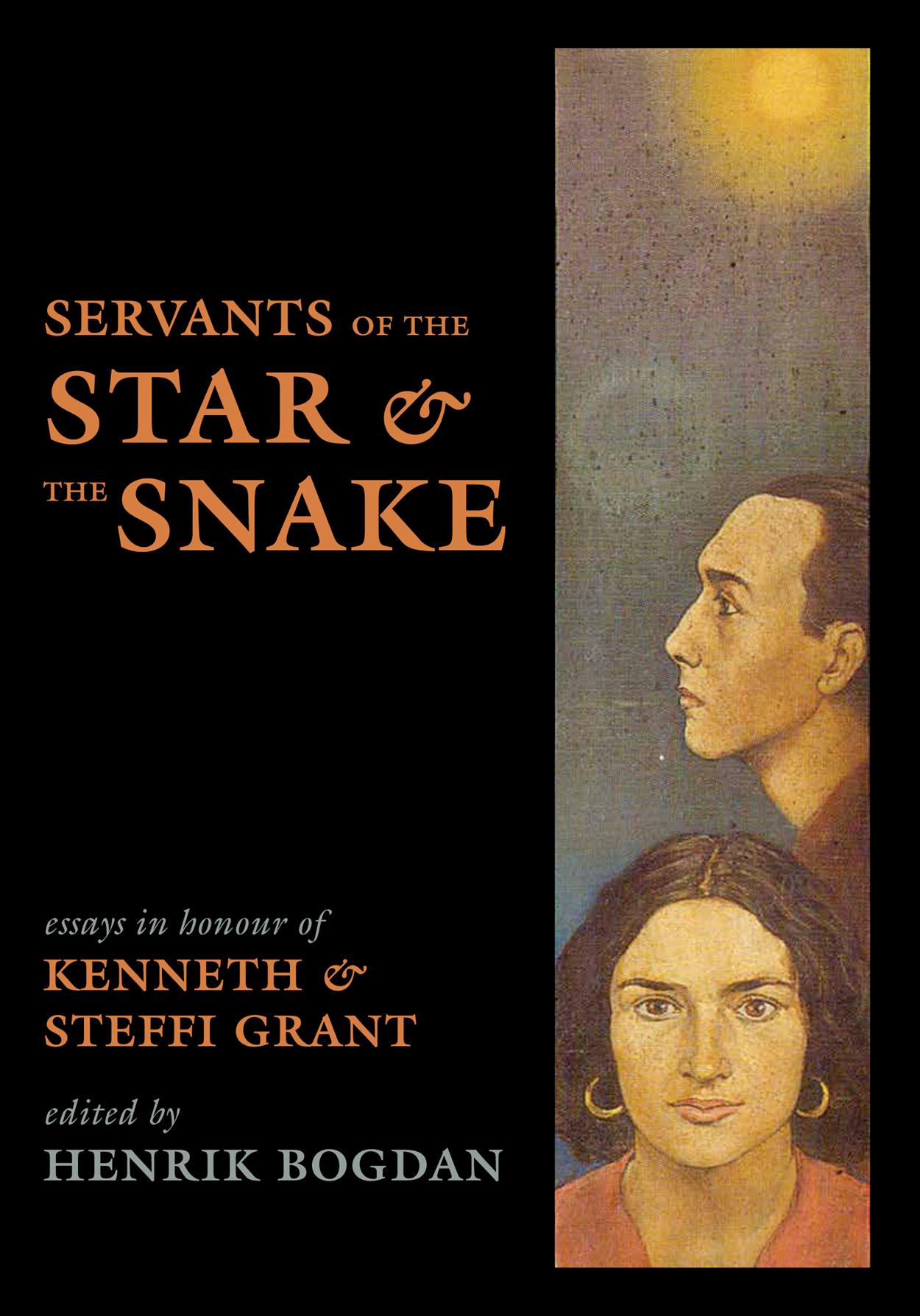 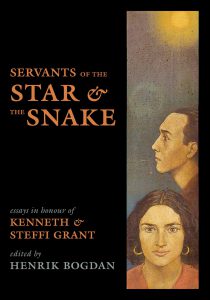 Exciting advance notice of a new work by Henrik Bogdan. The essay by Christian Giudice on Gerald Massey should be especially interesting…

Servants of the Star & the Snake

compiled and edited by
Henrik Bogdan

Servants of the Star & the Snake is a scintillant and substantial collection of writings in celebration of the work of Kenneth and Steffi Grant. Their diverse published work extends across six decades, taking in articles on Advaita in Indian magazines from the early 1950s; a series of illustrated essays, forming the Carfax Monographs, from the late 1950s to the early 1960s; their magnum opus, the Typhonian Trilogies, from 1972 to 2002; studies of the work of Austin Osman Spare in 1975 and 1998; poetry collections in 1963, 1970 and 2005; and a series of novellas from 1997 to 2012.Each piece of writing included in Servants of the Star & the Snake explores a different facet of this extensive body of work. Whilst the contributors have adopted different approaches to their subjects – ranging from scholarly discussions through to fictional narratives – what they have in common is an appreciation of the extraordinary work and legacy of the most influential couple in the history of modern occultism, Kenneth and Steffi Grant.The pieces of writing which comprise this fascinating and inspiring collection include:

Yes, it seems to promise most highly. Contents-wise though, I was disappointed not to see something along the lines of “The Role of Slime in the Work of Kenneth Grant” featured (the nearest to it being the 6th piece mentioned, on H.P. Lovecraft.) It appears to be a prominent omission of a fairly major theme from within his oeuvre (I simply don’t have the time at present otherwise might have done one on it myself, in the absence of anyone else.)

Yes, this is a very “tasty” collection of essays . One piece, by Michael Bertiaux, is cast as a short story a short story. The highly attractive cover is by Henrik’s wife, Maria. The essay about the role of Lovecraft in Grant’s work is not only free from any mention of slime, but is one of the jewels of the book.

“The highly attractive cover is by Henrik’s wife, Maria.”
But prominently using artwork by Austin Osman Spare. (Perhaps “cover lettering by Maria Bogdan” would have been more accurate!)

“The essay about the role of slime in Grant’s work is not only free from any mention,”
For shame! (I remain open to any suitably generous offers of commissioning from Starfire Publishng for a glittering jewel of an essay.)