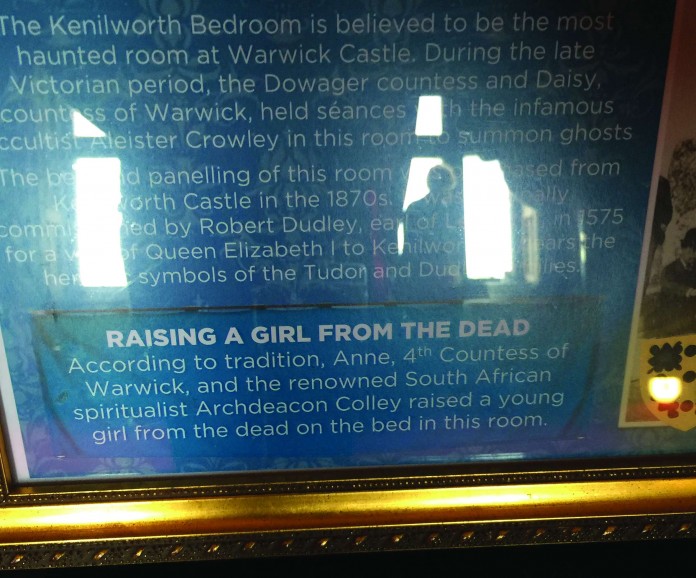 THIS ghostly figure pictured two weeks ago in the window of one of the most haunted rooms at Warwick Castle could be that of renowned spiritualist, Aleister Crowley.

And she believes it could be the figure of Crowley, who, in the late 1800s, was considered the most evil man in England, because of his séances at the castle where he regularly summoned ghosts.

3 comments on “Is this 19th century England’s ‘most evil man’? – Stratford Herald”