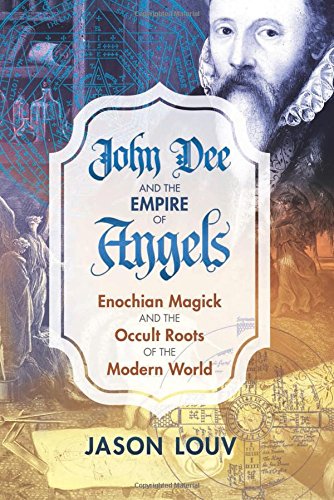 A comprehensive look at the life and continuing influence of 16th-century scientific genius and occultist Dr. John Dee.

Dr. John Dee (1527-1608), Queen Elizabeth I’s court advisor and astrologer, was the foremost scientific genius of the 16th century. Laying the foundation for modern science, he actively promoted mathematics and astronomy as well as made advances in navigation and optics that helped elevate England to the foremost imperial power in the world. Centuries ahead of his time, his theoretical work included the concept of light speed and prototypes for telescopes and solar panels. Dee, the original “007” (his crown-given moniker), even invented the idea of a “British Empire,” envisioning fledgling America as the new Atlantis, himself as Merlin, and Elizabeth as Arthur.

Presenting a comprehensive overview of Dee’s life and work, Louv examines his scientific achievements, intelligence and spy work, imperial strategizing, and Enochian magick, establishing a psychohistory of John Dee as a singular force and fundamental driver of Western history. Exploring Dee’s influence on Sir Francis Bacon, the development of modern science, 17th-century Rosicrucianism, the 19th-century occult revival, and 20th-century occultists such as Jack Parsons, Aleister Crowley, and Anton LaVey, Louv shows how John Dee continues to impact science and the occult to this day.