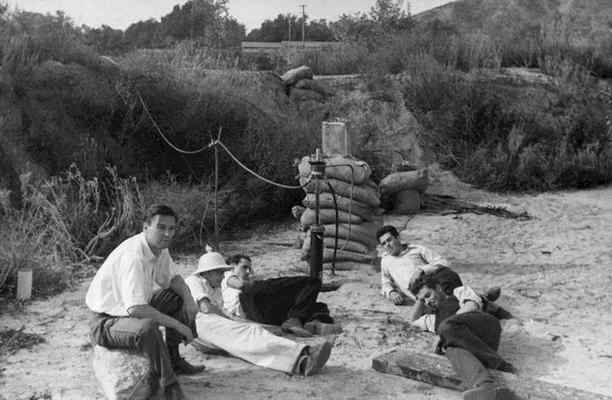 Jack Parsons and a group dubbed the “Suicide Squad” built America’s rocket program in the hills of Pasadena, but Parsons’ double life as an occultist relegated his legacy to the footnotes of history books for decades.

The co-founder of what would become NASA’s Jet Propulsion Laboratory worked with English occultist Aleister Crowley performing mystic rituals to summon a goddess, Babalon, to give birth to the Antichrist.

Parsons died in an explosion at his Orange Grove Avenue workshop in Pasadena in 1952, nearly a decade before the first humans rocketed into outer space. His secret life made national headlines after his death.

“It was really the imaginative leap that he took that made rocketry in the U.S. plausible,” said George Pendle, author of “Strange Angel,” a 2006 biography of Parsons’ life. “He was willing to believe in the most far out stuff, whether it was magic or rocketry, he didn’t mind, it was almost the same thing.”

Television network CBS announced last week they would pick up “Strange Angel” as a series for their streaming service, CBS All Access. The show would follow “the mysterious-yet-brilliant double life of Jack Parsons in Los Angeles during the 1940s,” according to the company.

Famed science fiction director Ridley Scott will serve as executive producer on “Strange Angel.” David Lowery of a “A Ghost Story” will direct from a script written by Mark Heyman, screenwriter for “Black Swan.”

The show, offered exclusively on the streaming service, does not have a premiere date yet, according to CBS.

Scott’s production company, Scott Free, has shopped “Strange Angel” around for years. AMC previously optioned the book, then decided not to move forward with the series.

“Strange Angel” is the first drama to tackle Parsons’ life.

Pendle couldn’t discuss specifics about the show, but he said Parsons makes for an intriguing character who “isn’t like any scientist most people have heard of.”