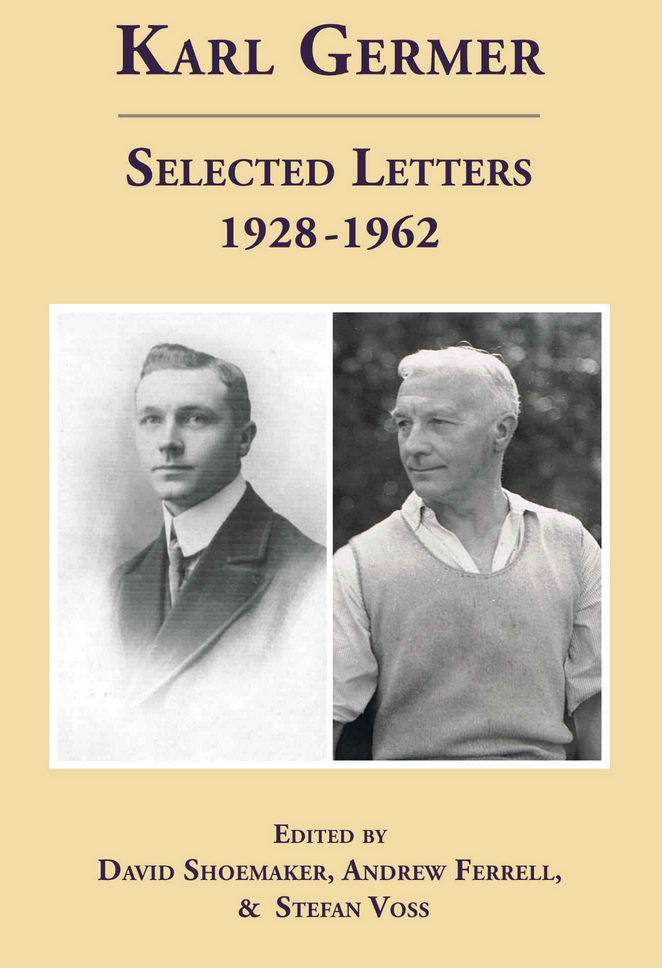 Karl Germer (1885-1962) was Aleister Crowley’s successor as head of the magical order A.’.A.’. and Outer Head of Ordo Templi Orientis. His legacy, however, is mostly known through the work of his students and confidantes. Little has been published about the life, teachings, and spiritual experiences of this most dedicated Thelemite. In an effort to shed some light upon Germer’s life’s work, the International College of Thelema now makes available this selection from a lifetime of correspondence.

Selected Letters 1928-1962 includes letters exchanged between Karl Germer and such Thelemic luminaries as Jane Wolfe, Phyllis Seckler, Jack Parsons, Wilfred Talbot Smith, and others. The discussions range from the mundane to the mystical, including the politics and intrigues surrounding Agape Lodge of O.T.O., the publishing of various works of Aleister Crowley, the philosophy of Thelema, and the administration of A.’.A.’.. Scholars, historians, and students of Thelema alike should find much of interest in this collection as it begins to fill a significant gap within the history of Thelema.

Placed my order today for this Print On Demand title. Will report back when it arrives.

As did I. I hope it is not as poor quality as the Jane Wolfe book. When I want to wear out my eyes over barely readable text, i head for the archives and do it with the real stuff.

Initial impressions from the Kindle edition; primarily KG’s correspondence with the Californians in the 40s/50s/60s. I found none of the German correspondence with Hopfer, Küntzel, Metzger, Lekve, Petersen, etc or anything before 1928. The notes are quite basic, mainly a reference of the persons named in the correspondence. The design is negligible – pretty much just a dump of the PDF. Perhaps a useful reference for some, definitely a cheap thrill but not something you’d take home to meet the parents.

From Jerry Edward Cornelius on Facebook https://www.facebook.com/jerry.e.cornelius?fref=nf&pnref=story My copy of ‘Karl Germer: Selected Letters 1928-1962’ arrived. I was looking forward to reading this book but within a few days I came to the conclusion that I cannot recommend it. Although it’s nice to have some of the Germer Letters in a book format, after all, something is better than nothing, I see the over-all book as being utterly useless for academics, serious magician, scholars or even historians in general. Harsh? Perhaps but it is neither indexed nor footnoted adequately. The approximate two page bio trying to explain who Karl Germer… Read more »

Yes, I can second that opinion. One might ask – what is the purpose of this book if not to provide an academic reference to selected correspondence of Karl Germer?

I’d love to read a good ‘Selected Correspondence’ of at least a representative sample of Germer’s letters over the years. There are many sets of correspondence about. For instance, a batch of letters to Ithell Colquhoun was on the market about ten years ago. Whist researchiing the Jones-Yorke correspondence of 1948 and 1949 I came across several letters from Germer to Jones which were, to say the least, extremely interesting. I certainly agree with Jerry Cornelius that it’s a shame that there is no index. Does anyone know if the letters from Germer to Crowley are extant? I have seen… Read more »