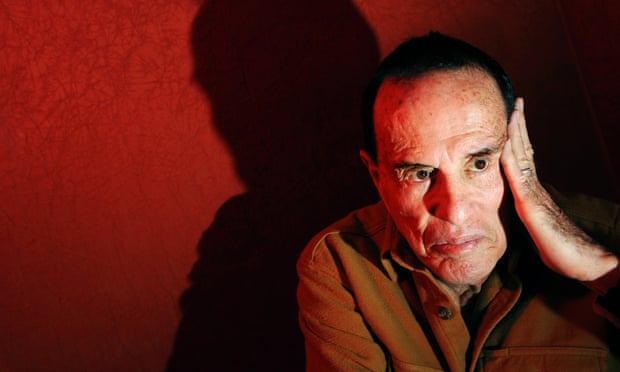 Branding and product placement cast dark shadows over everyone eventually – even occultists such as Kenneth Anger who this weekend debuts a new gallery project, Lucifer Brothers Workshop, at the Art Los Angeles Contemporary fair in Santa Monica, California.

Anger, at 88, is best known for his Magick Lantern Cycle series of spooky but highly influential films, including Inauguration of the Pleasure Dome (1954) and Scorpio Rising (1964), and for being tutor to students – among them guitarist Jimmy Page – in the work of Aleister Crowley and Thelema, the Satanic religion he developed.

“Not Craugh-ley,” Anger corrects. “Crow-ley. As in un-holy Crow-ley.” It’s a correction Anger – who can be as sharp as his name suggests – has doubtless been making since the 1950s when he first developed his lifelong interest in the notorious English occultist, ceremonial magician and mountaineer.

The purpose of Anger’s ALAC show is in part to shift $300 bomber jackets with “Lucifer” emblazoned across the back, a replica of one worn by Leslie Huggins in his classic Lucifer Rising. It’s also to introduce the art fair perusers to the work of two women, Rosaleen Miriam “Roie” Norton, an Australian pantheist known as The Witch of Kings Cross and the better-known Marjorie Cameron, a flame-haired woman once married to Jet Propulsion Lab scientist Jack Parsons whose occultist LA-based group The Gnostic Mass at the Church of Thelema briefly included Scientology founder L Ron Hubbard in its congregation.

Source: Kenneth Anger: ‘The occult never quite goes away’ | Art and design | The Guardian