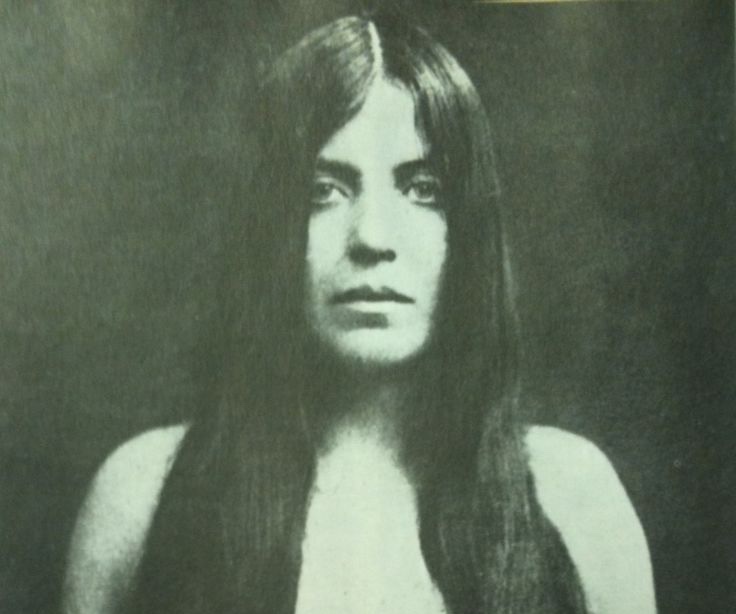 Leila “Laylah” Waddell is perhaps the most iconic woman of Thelema.

Leila Ida Nerissa Bathurst Waddell was born on 10 August 1880 in Bathurst, New South Wales, Australia.  A talented violinist she would join hundreds of other young Australian women who undertook the long sea journey to London, the heart of the then British Empire, to seek her fortune.

She was a musician, author and composer; she performed in England, in continental Europe and the United States, perhaps most famously for readers of Lashtal, she performed at Caxton Hall in the Rites of Eleusis, she is credited as a co-author of Book 4 and one   of her scores is printed in the Equinox.

She was lover and muse to Crowley and inspired prose and poetry.  He referred to her as “Mother of Heaven.”  She was possibly both the first ever Priestess of the Gnostic Mass and the first woman to attain the IXth degree in the OTO.

After she and Crowley parted ways she returned to Australia and died there of uterine cancer on 13 September 1932, she was 52.

For 84 years she has lain in an unmarked grave in in a cemetery in Sydney, New South Wales in Australia.  A nearby rubbish bin was the only visual marker for those looking for the plot.  The burial licence for the plot has long expired which raised the possibility (albeit slight) that it could be reused.

The cemetery management were completely unaware of Laylah’s history when I called them.  I provided Laylah’s story to them. I advised them of the coverage, by Australian newspapers, throughout her life of her musical career, liaison with Crowley and death.  Her obituary can be read here – http://oa.anu.edu.au/obituary/waddell-leila-ida-14835.

I also alerted them to the ongoing interest in Laylah on the internet, the National Library of Australia’s online holdings, in the biographical project being undertaken by Sr Osis of OTO New Zealand and in the installation of  a life-size figure of Laylah (by Collective 777) installed as part of Bathurst’s 200th anniversary celebration.

As a result Laylah, (under her legal name) will be included on a register of internees of historical significance and the indignity of the rubbish bin was promptly removed.

The cemetery advised that with a monument in place the plot would be preserved.  I asked for and was given permission to make arrangements for this to happen.  So, after more than 80 years an opportunity has arisen to place a monument on the site.

Donations are now sought to enable the commission, installation and ongoing maintenance of a suitable memorial (which will also reference the sister who is buried there with Laylah).

Any funds remaining from the project will be donated to an appropriate charity researching or treating women’s cancer.

In due course a public event will be announced to mark the installation of the memorial and celebrate her life.  This will occur in 2017, details TBA.  It is hoped that members of the extended Waddell family, local and regional historical societies will attend and participate.

Developments will be advertised through LAShTAL and other social media including on the Templar Camp Facebook page located at –  https://www.facebook.com/Templar-Camp-Ordo-Templi-Orientis-Australian-Capital-Territory-226738407484887

International donors can make payment via paypal to the account linked to the email address alastor717@hotmail.com  and where possible prefix your transaction with “LMF”.

Requests for anonymity from donors will be respected.

Don’t get me wrong – I like Laylah too! – but does she take precedence over Rose the original Scarlet Woman, or even La Sublime Leah? (Some might even volunteer the ‘elemental’ ex of Jack Parsons & would-be avatar of Babalon herself, Marjorie Cameron!)

Reading back my comment, I feel maybe I ought to have highlighted the fact that it was prompted by the first sentence featured that “Leila ‘Laylah’ Waddell is perhaps the most iconic woman of Thelema”, rather than it coming across as being some sort of an adverse reflection on her suitability to qualify for a commemorative memorial ahead of Rose, Leah and, er, Marjorie…

I would have thought it’s obvious that the OTO in Australia would focus their attention on the Australian, Leila Waddell? As regards ‘iconic’ – her image (as above) is probably far more widely recognised than any photograph of Leah.

Updated to include instructions for making international contributions.