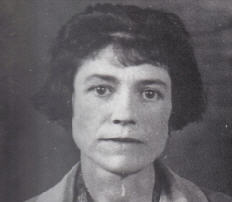 Professor at Göteborgs Universitet, Henrik Bogdan announced some exciting news regarding documenting the history of women in Thelema via FB: “Very pleased to announce that Manon Hedenborg White and I have signed a contract with Oxford University Press for an annotated edition of the magical diaries of Leah Hirsig (1883-1975). This will be the first academic, annotated, and complete edition of Hirsig’s magical diaries from the crucial period of 1923–1925, published together with a selection of contemporary letters. Hirsig was not only Crowley’s mistress and ‘Scarlet Woman’, but an occult ‘New Woman’ in her own right. Those interested in occultism as ‘lived religion’ during the early twentieth century, the complex gender dynamics of female religious authority and agency in modern occultism and new religious movements, and the changing roles of women during this time, will want to read this book.”

Five months of dead silence. I shall now stop looking forward to this as I have the annotated diaries and confessions.