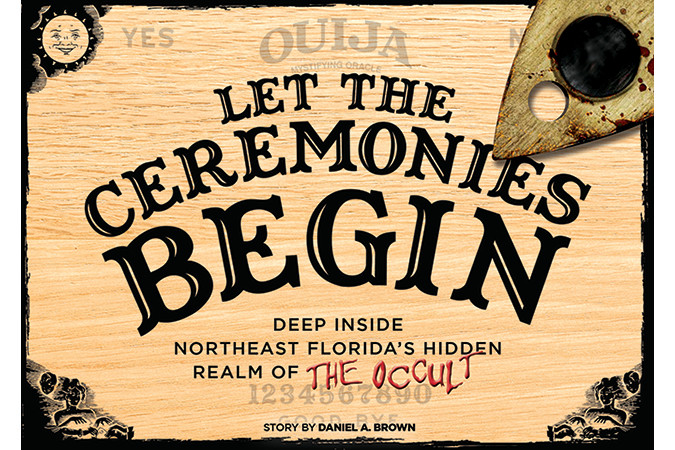 ‘Deep inside Northeast Florida’s hidden realm of the occult…’

An early self-promoter, Crowley believed any publicity was good. By the early 20th century, Crowley declared he was “The Great Beast 666.” The press took the bait, with headlines warning of “The Wickedest Man in the World.” When he died in 1947 at age 72, Crowley left a magickal system both impressive and a bit inscrutable, plus more than 60 published works on everything from the Qabbalah and Tarot to poems and plays. Notable Crowley followers have included pioneering underground filmmaker Kenneth Anger and Led Zeppelin’s guitarist/leader Jimmy Page, rumored to have the world’s largest collection of Crowley memorabilia.

“I tell most people that Crowley was the fifth member of Led Zeppelin,” laughs Cyril.