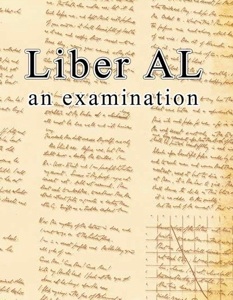 Over a decade after its first appearance, the long out of print Red Flame #8 is being reissued by Marlene Cornelius in a special new version. With a new title and additional material, this expanded edition is dedicated to a thorough analysis of the holograph manuscript and publication history of The Book of the Law.

The original manuscript of Liber AL vel Legis is subjected to a minute analysis – every word, punctuation, emendation and ‘chance shape of the letters’ is examined in detail, resulting in the most accurate transliteration of the holograph possible. The creation of the various typescript versions of Liber AL, known as Liber CCXX, is also thoroughly examined, tracking the numerous changes in each of the published versions.

And the controversy over the use of Fill vs Kill in the various publications approved by Crowley is also examined in depth by R L Gillis, whose essay on the subject originally appeared in the LAShTAL.COM forums, and has been greatly expanded for this edition.

Long valued by the curious, the collector, and the cognoscenti, the reappearance of this rare volume dedicated to Thelema’s most sacred text is a welcome addition to the world of Thelemic literature, and a serious reference work for anyone studying The Book of the Law.