I, Hamal, am pleased to announce the publication of our Autumn 2014 catalogue.

As you would expect from Liber AL we have a fine selection of over 230 Aleister Crowley related works, including everything from books published during his lifetime to modern biographies and limited editions. This catalogue also features a variety of works related to The Golden Dawn and Rosicrucianism, Kenneth Grant, Austin Osman Spare and Witchcraft.

Featured items include The Dragon Book Of Essex Standard and Deluxe versions, an early edition of Eliphas Levi’s History of Magic, the 1974 Magical and Philosophical Commentaries On The Book Of The Law by 93 Publishing, a 1923 subscribers only limited edition of The Grande Trouvaille: A Legend Of Pentonville signed by Arthur Machen, and two beautiful 1970’s facsimile editions of The Equinox Of The Gods.


The new catalogue can be viewed at www.Liber-AL.com 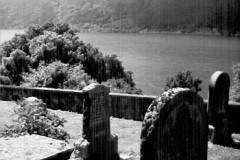