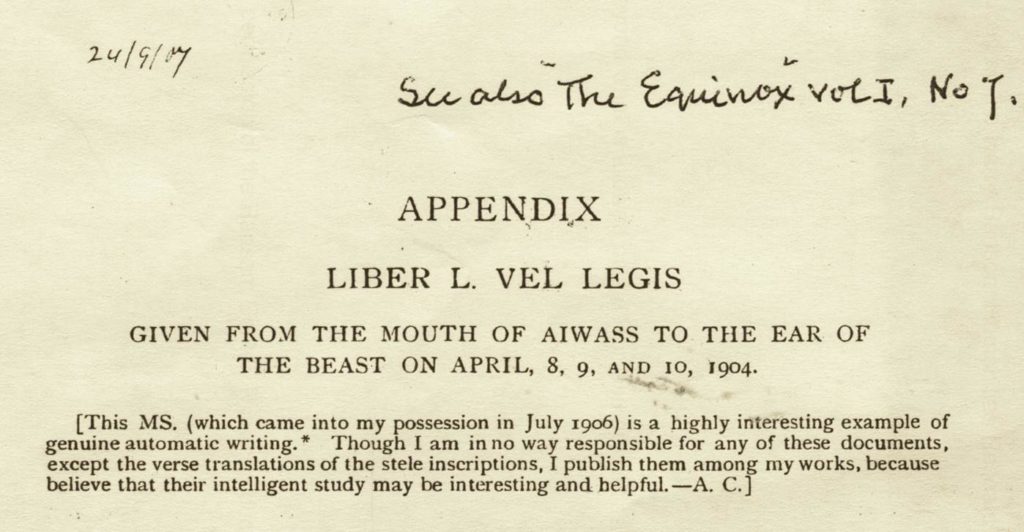 On March 16, 1904, in the King’s Chamber at the Great Pyramid of Giza, Aleister Crowley attempted to show the Sylphs to his wife, Rose Edith Kelly, during the Bornless Ritual. She couldn’t see them, but she entered a trance and repeatedly told her husband: “They’re waiting for you!”

Crowley didn’t pay much attention to it until two days later when, on March 18, after invoking god Thoth, his Rose told him that the one waiting for him was Horus. To confirm this, Crowley took her to the Bulaq Museum which was nearby their honeymoon suite, where he asked her to point out Hours to him. After passing by many depictions of the Egyptian god, Rose pointed to the depiction of Horus on the stele of Ankh-ef-en-Khonsu, also known as the Stele of Revealing.

Pleasant read – though I disagree with his the depiction of the Conference in Hohenleuben.