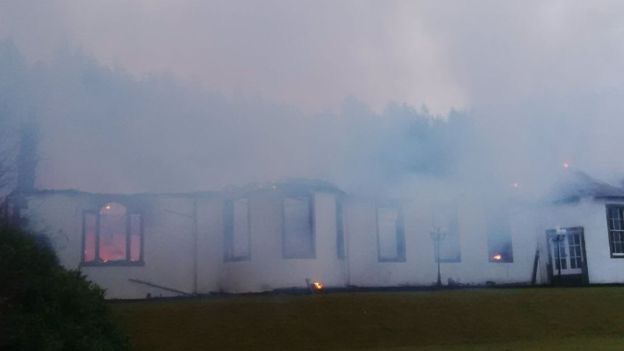 The former home of notorious occultist Aleister Crowley – once dubbed ‘the wickedest man in the world’ – is set to be restored after its owners were given the green light to repair the fire-damaged building. Permission to build 10 holiday homes in the grounds of Boleskine House, which overlooks Loch Ness, has also been granted by the Highland Council. The Georgian building was previously left in ruins by two different fires – one in December 2015 and another one in July last year. The B-listed heritage mansion, previously called ‘the most notorious home in the Highlands’, was once home to the infamous occultist, philosopher and ceremonial magician Aleister Crowley, who died in 1947.