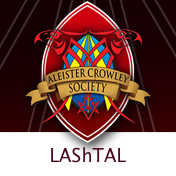 Visitors will be aware by now of the sad passing of Lou Reed, poet, songwriter and performer.

Why mention it here, on LAShTAL? Three reasons…

1: He was one of the greatest poets and songwriters of this and any generation.

2: The lyrics of Perfect Day influenced my decision to name this site ‘LAShTAL’ (to sow without thought of the reaping of a harvest):

3: Lou’s relationship to Thelema and the legacy of Crowley remains relatively unexplored. Communications I’ve received indicate that there’s much for biographers to discover…