Opera Philadelphia’s newly announced 2017-18 season happens in two parts: an ambitious fall festival called O17, with 25 performances over the course of 12 days — including world premiere operas about the MOVE bombing and Albert Barnes — and a two-production spring lineup…

The Wake World, with music and libretto by David Hertzberg, receives its world premiere Sept. 18-25 at the Barnes Foundation. It involves the work of both Albert C. Barnes and British poet, magician, and occultist Aleister Crowley. Directed by R.B. Schlather. 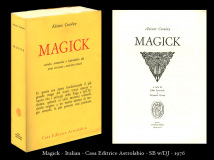 Membership is free and always will be, but if you like this site and can afford to donate towards its running costs, please consider donating.