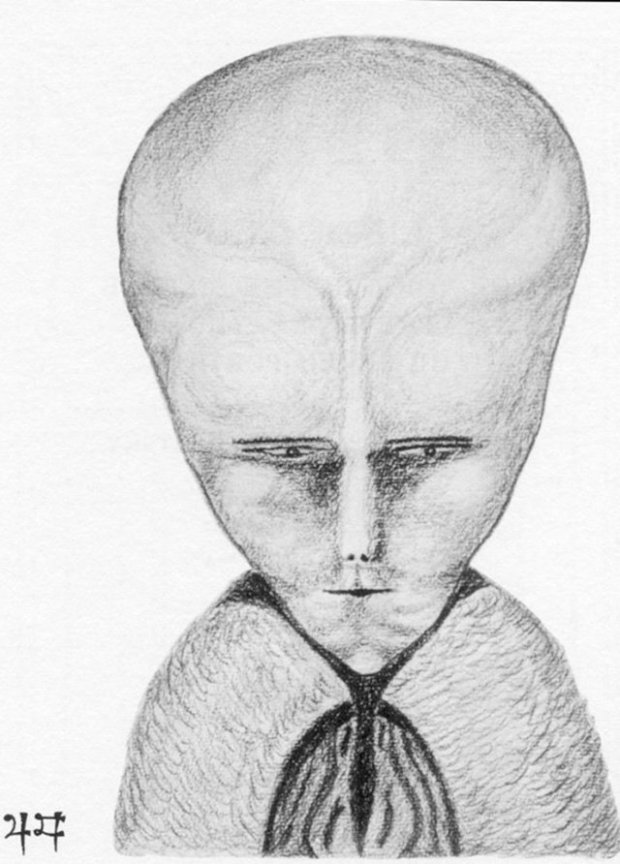 Aleister Crowley makes it to a (rather silly) article in the Metro newspaper:

In 1918, the famous English occultist Aleister Crowley performed weird occult rituals in New York while absolutely off his head on drugs.

Whacked on drugs including mescaline, opium and hash, Crowley ‘made contact’ with a being which now looks oddly familiar… like the ‘grey aliens’ beloved of UFO fans.

Crowley made a painting of the entity, which he called ‘LAM’ – and his fans later linked the painting with planets beyond Pluto, Paranoia magazine reports.

Could the occultist have summoned UFOs to our world, via some kind of inter-dimensional portal thing?

Maybe so, reckons Paranoia magazine, which analysed claims that Crowley may have made contact with aliens in 1918 – and birthed the whole UFO thing.

Source: Painting from 100 years ago ‘could show the first alien to visit Earth’ | Metro News