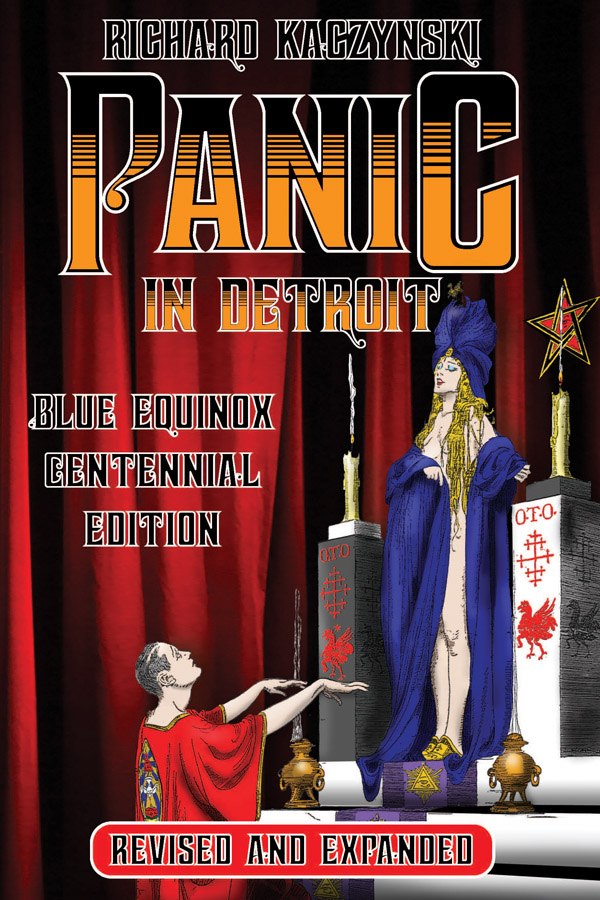 This revised and greatly expanded edition commemorates one hundred years since the publication of the blue “Equinox” in the city of Detroit, and documents the moral panic that followed.

The original 2006 publication, as issue #2 of the Blue Equinox Journal, was limited to 250 copies and ran 165 pages. This new edition tips the scales at just over 400 pages, and will sell for $20. It will be available through major and independent booksellers when it releases at NOTOCON. New in this edition:

—An overhauled and expanded titular essay;

—For the first time anywhere, selected transcripts from the Universal Book Stores’ bankruptcy hearings, in which Aleister Crowley, “The Equinox,” and O.T.O. figure very prominently;

—A slew of additional newspaper articles: a total of 55;

—To the selection of 40 letters between Aleister Crowley, Charles Stansfeld Jones and their circle (not published elsewhere) I’ve added an additional lengthy letter from C.S. Jones to Aleister Crowley not present in the first edition;

Now available in the UK from Amazon: https://amzn.to/2O3oNFG